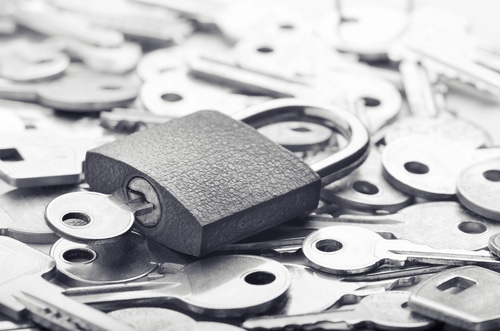 Crowdsourcing is a great tool for solving problems, but just like any other tool–it doesn’t solve everything. As the saying goes, when all you’ve got is a hammer everything starts to look like a nail.

Crowdsourcing will never be the one-all solve-all tool for problem solving, and while it’s growing popularity validates its efficacy, the reality is that there will always be problems that cannot be solved by crowdsourcing–or any other method for that matter.

Take for instance, this ‘wisdom of the crowds’ video from youtube that asked the crowd to predict the final position of a roulette ball in mid-flight, it follows in the footsteps of other popular wisdom of crowds video that have the crowd perform far simpler predictions like guessing the weight of the cow, or guessing the number of jellybeans in a jar. Of course trying to predict something static like the weight of a cow is far less complex than trying to predict the trajectory of a silver ball while it spins around a roulette wheel, in fact there’s so much chaos in the system–it would probably could not be solved by crowdsourcing or any other method.

The result from the video was a disappointment of sorts, the crowd not only couldn’t accurately predict where the ball would land–the average answer was actually as far away from the actual result as it possibly could be. In other words, crowdsourcing couldn’t be more wrong. This flies in the face of the previous results where the crowd manage to successfully predict the number of jelly beans in a jar to a remarkable degree of accuracy, could this be the proof that crowdsourcing was nothing but a fad that could predict Jelly beans, but starts to lose its efficacy the moment you try to do anything even remotely more complex, of could it be something else?

The fact remains, that crowdsourcing isn’t going to be be able to solve the unsolvable, we can’t crowdsource the next powerball numbers or the next lottery winner. While we may be able to crowdsource football results (to just slightly better than guessing) we’ll probably never be able to use crowdsourcing to predict the weather. A random and chaotic environment is unpredictable by definition, and the fact that it can’t be predicted is in no way indicative of the efficacy of any predictive method you use. We could perform statistical analysis on the lottery results and try to predict the next result–but that would fail for obvious reasons–and the fact that it would fail doesn’t mean that statistical analysis is a flawed method, it just means that the problem wasn’t solvable in the first place.

To me, the fact that the wisdom of crowds didn’t accurately predict the where the roulette ball landed isn’t surprising, what would be surprising is that we’ve somehow found a way to predict a system that chaotic, that would be something to really get excited about.

The bottom line is that while we’ve seen crowdsourcing used to find Gold in Canada, build a great operating system or to simply predict the number of jelly beans in a jar,there will undoubtedly be realms where it would remain impractical or even impossible for it to be used, and that’s fine. As long as you’ve got a hammer–that’s still better than having no hammer at all.