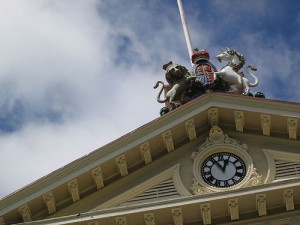 When we hear crowdfunding many of us — including me — think Kickstarter. Which is understandable since the crowdfunding company has successfully launched over 65 thousand projects. And has over $305 million in total dollars pledged to all projects.

Now the majority of the Kickstarter projects are “creative projects,” such as “A Photography Book About Vinyl Collectors – Dust & Grooves.” And the average funded project is less than $10, 000 — a far cry from the actual dollar amount needed  for most, if not all civic projects.

What is Civic Crowdfunding

To be honest with you, I have not heard much on civic crowdfunding but it is a real movement. You can now see civic projects on Kickstarter such as “LowLine: An Underground Park on NYC’s Lower East Side.” Dan Barasch was able to raise over $155 thousand dollars and what is the goal of his civic project:

And before you ask the question I will answer, “yes.” The principle is the same — go straight to the crowd to raise funds for your project. And Kickstarter is not the only platform, there are three start-ups that are focusing strictly on civic crowdfunding:

And while Patronhood and Citizinvestor seem to be still getting off the ground — looks like they are in beta — Spacehive seems to be in full project-funding-mode.

Now while these funding platforms sound like great alternatives — funding civic projects is not the same as funding a photography project. In the case of a creative project, you are getting a product within a predefined period of time with very little additional over-head.

When we talk about a civic project — funding is only one part of a very long bureaucratic process; with massive over-head. And getting final approval to “build something” might take years.

I am on the fence with civic crowdfunding. I think it’s a noble cause and an interesting alternative, to applying for grants and other forms of traditional financing. But I don’t think the crowd will fund many of these projects; at least not today.

Why — I think that platforms like Kickstarter have built a culture of funding small scale projects that are consumer focused. And it is this culture that will make it more difficult to get civic projects funded.

Let me know what your thoughts are — are you hoping that there is some degree of maturity in this space or is this simply a waste of time?