Will Pressure from the Crowd Help Improve Your Health? 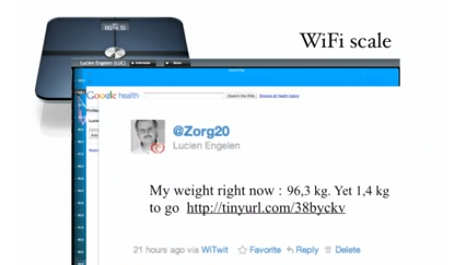 You can use your smartphone to find a local ATM, but what if you need a defibrillator? Lucien Engelen shows us online innovations that are changing the way we save lives, including a crowdsourced map of local defibrillators.

Via TED, Lucien Engelen is a technologist and innovator who is working to put patients into the healthcare team. He says, “[Crowdsourcing] is peer pressure used to help patients. This could be used for obesity; It could be used to stop smoking.” Lucien Engelen was the first Dutch Health 2.0 Ambassador, a position he used to inspire many to step into the world of participatory healthcare. He believes that new technologies, and the revolution in communication modes that is accompanying them, will have an enormous impact on the fantastic challenges posed by the current state of health care around the world