And although the Canadian branch still has the word “beta” in its name — that has not deterred the over 76, 000 designer from signing-up. And it looks like CrowdDesign.ca is already running its first design content — sponsored by timessquare.com. The online magazine is running a $10,000 logo design contest. 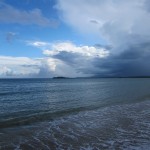 For those of you who don’t know — CrowdDesign is a company that helps businesses crowdsource designs. And this business model has been very successful for the 4 year old company. CrowdDesign is growing at a rapid pace and not just within the crowdsourcing ecosystem but internationally. The company most recently opened a UK office and investor confidence is high, as Alec Lynch, was able to secure $3 million in funding from Starfish Ventures in 2011.

“Canada has over 1 million small businesses and we estimate they spend over $1B on design services every year, but most of this is with traditional design firms who are slow, expensive and risky to use. DesignCrowd.ca offers an alternative and addresses the problems with the traditional design industry by offering crowdsourcing — a process which is faster, cheaper and more creative. Crowdsourcing is already disrupting the US and Australian design industries, and we think it has the same potential in Canada where we hope to pioneer local crowdsourcing via DesignCrowd.ca.” — Alec Lynch, founder and CEO

I don’t mean to sound like a broken record but crowdsourcing — as a practice — is growing. And, yes, Lynch is correct that crowdsourcing is disrupting the design industry. But more importantly the crowdsourcing ecosystem is crossing borders. It is allowing a company in Australia to help designers find jobs in Canada — who help businesses solve their design issues.

How do you see the evolution of crowdsourcing designs progressing?