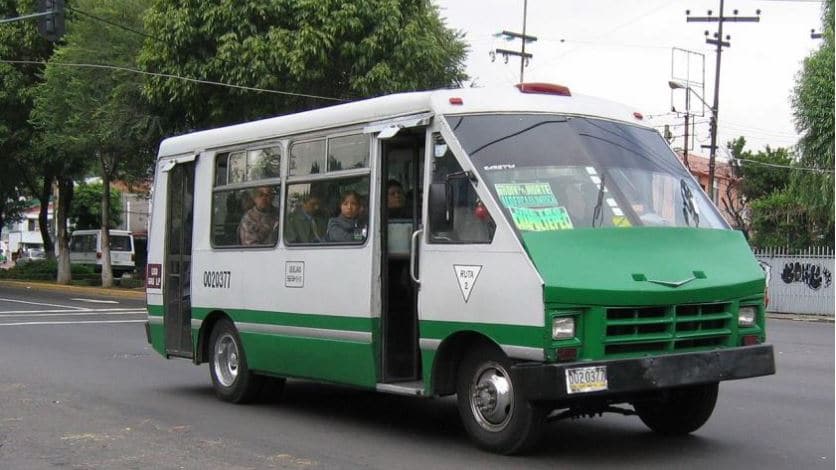 Mexico City is a sprawling metropolis that is home to almost 22 million people. Even though a 2016 crowdsourcing effort created a map of the routes serviced by self-employed bus drivers to make it easier to navigate the city, an article published in 2017 was hoping to soon say Adios to the decentralized, polluting, slow services that account for 17 million passenger rides a day. Today it is still going strong.

Thousands of drivers are individually licensed to each service a particular route, and buy or rent their own vehicles, rather than work as employees of a bus company. They earn varied amounts based on the number of passengers they carry, and several drivers may operate on the same route, sometimes racing each other when they see people waiting to get a ride. At quieter times, some drivers have been known to switch routes in a search for passengers, making any semblance of a regular service a real problem for residents and visitors alike.

In 2013 the government created the Laboratory for the City – a creative think tank tasked with finding creative solutions to the city’s problems. A team of 20 people with credentials as urban geographers, political scientists, social scientists and data experts work alongside artists, designers, filmmakers, historians, philosophers, writers and activists to generate cross-disciplinary solutions.

The lab developed its Mapatón app in 2016 which gamified using the microbuses in a collective intelligence exercise. Each time a bus passenger mapped a route from A to B they earned points, earning more points on longer journeys. The points could be exchanged for rewards, such as cash and electronics. Just 4,000 public transport users, a tiny fraction of the overall bus using public, reported journeys covering almost 50,000 kilometres in only two weeks. The data they provided gave the city’s transport authorities valuable information on the bus routes, length of journeys, passage frequency, duration, and fares.

This impressive feat was accomplished with a budget of less than US$15,000.  No wonder at least six international cities expressed interest in developing their own version of Mapatón.

Have you any similar examples of civic authorities collecting intelligence from the general public that you can share with us?