Crowdsourcing for the Evolution of a Decentralized Web 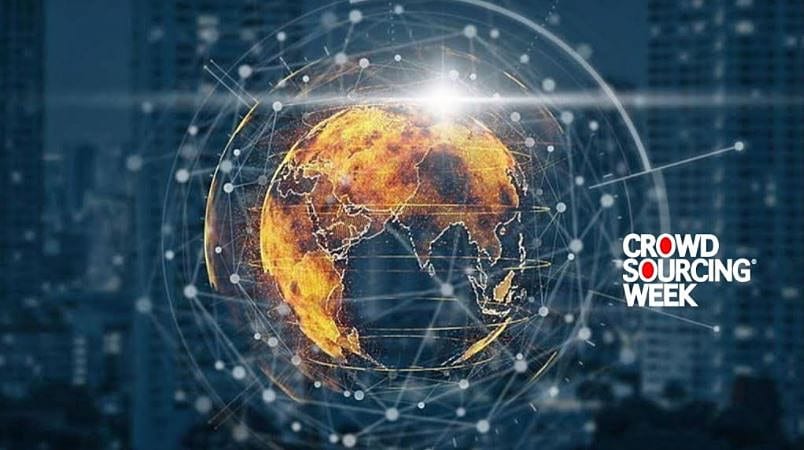 This article summarises the development of the internet to the current scenario where so many interactions are dominated by dealing with global tech giants. As data has become a more and more valuable commodity, those giants are fuelling a roaring trade using our personal data, with far reaching implications of more than simply what we buy but also matters such as what news we are fed, how we seek relationships, and vote. An evolving Web 3.0 based on blockchain technology provides an opportunity for individuals to take back decentralized ownership and control of their data.

The internet is constantly evolving

The internet – as we know it – was not initially made for public use. It was in 1990 when Sir Tim Berners-Lee, the father of the World Wide Web, made the internet accessible to the public in the hope that it would serve humanity. Interestingly, the World Wide Web was designed to be decentralized, in the sense that it isn’t owned by anyone or a single entity, which is still true today.

The first version of the web, known as Web 1.0, had very few content creators and was limited to static pages. It wasn’t until its next stage of evolution – Web 2.0 – when more and more applications were built upon the web, that things started to take a turn on several fronts.

In Web 1.0, visitors would read content with very little interactivity. With Web 2.0, they could create their own content and upload it to a website.  Social media connected friends and family from all corners of the globe and made it possible for someone to find fame from uploading a single video. The internet soon became a main tool for business and marketing operations.

The newly evolving phase of the internet – Web 3.0 – provides for a more intelligent and learning web – which is seemingly more useful from a business perspective. Data can be analyzed to tailor new content for the user. Taking the purchase of a book from Amazon as an example, Amazon has a useful algorithm to look at books that other users have bought and attempts to match your preferences by listing these books.

The intelligent web continues to enhance our day to day tasks as our interactions are made more seamless with the Internet of Things (IoT). Iphone users who reap the benefits of Siri no longer need to search their contact lists to make a call, or use the keyboard to write a message. However Apple’s data collection has recently come under scrutiny by an ex-contractor, who reported that data recordings were taken outside the activation of Siri.

Data has become the new oil

Whilst the internet has brought many benefits to society and the economy, it has without doubt brought some disadvantages too. In recent years, tech giants (Google, Amazon, Facebook, Microsoft and Apple) have been at the root of data and privacy scandals. Similar to this Big Five, any platform that provides a market need and innovative features, together with a robust, centralized application for day to day use, will attract more and more users – who ultimately provide their information freely in return for using the platform.

There have been a myriad of issues concerning the control of data and data security through centralized platforms, the main issues being;

–  Due to the lack of control, their personal data and privacy is at stake; and

– There’s a single point of failure, which creates the risk of your data being hacked.

In addition, targeted advertising has become an increasing concern as businesses continue to collect a surprising amount of data on individuals, mainly to tailor adverts and content around their data profile. Judith Duportail, the author of “L’Amour sous algorithme” (Love under algorithm) published her experience with the dating app Tinder. She had found out that users were given a “desirability score” based on the number of times she was liked or disliked, and about the company’s control of her personal data from using the application, which amounted to an alarming 800 pages in total.

Blockchain for recreating a decentralized web 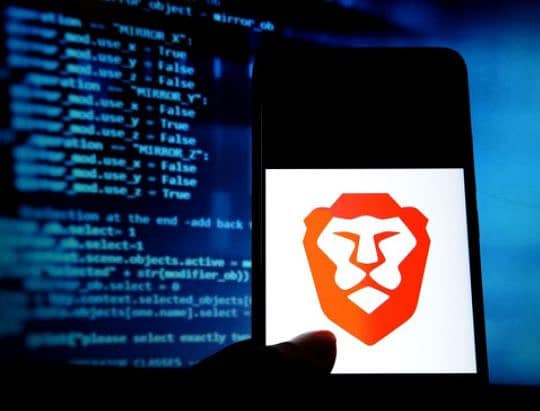 A number of visionaries, thought leaders and technologists are concerned about the centralized state of the web and are exploring ways to return it back to a state where everyone was on a level playing field. Amongst those is Berners-Lee.

“The individual was incredibly empowered. It was all based on there being no central authority that you had to go to to ask permission,” he said, “That feeling of individual control, that empowerment, is something we’ve lost.”

Blockchain, a secure and encrypted technology, was first introduced by a person or group of people under the name Satoshi Nakamoto. It was released with Bitcoin in 2008 and is decentralized by design – where users aren’t reliant on centralized authorities to connect and interact. Instead, users own and have control over their data and interact directly with other users without a centralized intermediary.

It is being explored as an appropriate solution within a number of industries, due to the immutability of data and tracking of data ownership, without the need for a trusted authority.

Consequently, its application in a decentralized web / Web 3.0 is becoming more paramount as it is seen as a pivotal cog for the next evolution.

Mastodon is a decentralized social media platform with approximately 4.4 million users. It provides a similar user experience to Twitter, however, unlike centralized social apps, Mastodon has no central authority to collect user data. Rather than being one large single network, Mastodon is made up of ‘instances’ – smaller communities that are managed by the users themselves – thereby cutting out the need for a middleman.

There are also cryptocurrencies themselves being deployed to help create the decentralized web. In August 2019, Protocol Labs launched Filecoin after raising $205m for the project. The idea is to incentivize the creation of a decentralized data storage network, by creating an open market in data storage. If a user has spare capacity, they can store others’ data and earn Filecoin. If the user wants their extra data stored, they can find someone on the network and pay them in Filecoin and the transaction would be recorded on a blockchain. 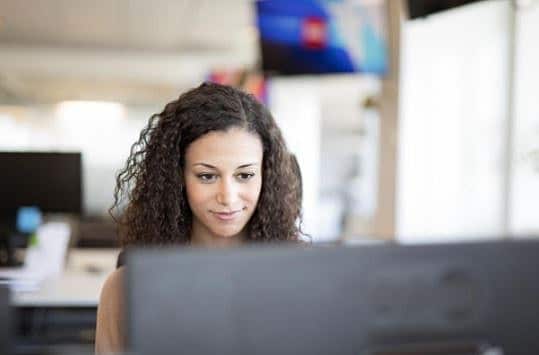 Crowdsourcing is part of the solution

“I believe we’re making slow and steady progress towards a decentralized internet” said Berners-Lee, “but we still have a lot of work ahead of us. Many decentralized applications in the market are having trouble hitting significant user numbers due to a combination of scalability limitation, lack of marketing and user experience flaws for the common consumer.”

Crowdsourcing ideas, expertise and funds are making a significant difference in shaping the future of the web to make it more user-centric. Several blockchain companies are already working on projects to help accelerate a decentralized web. Polkadot, a blockchain interoperability platform focused on Web 3.0 solutions, launched its sharding testnet on 4th August 2020. The testnet has been developed to test its inter-shard communication protocols.

The decentralized finance market, which forms part of the Web 3.0 evolution, is seeing a steady increase in demand as the cryptocurrency industry continues to grow. Aave – an open source DeFi protocol – has gained traction for its creation of flash loans – which gives users the ability to borrow funds without any collateral and repay with interest –  within a single transaction.

The decentralized web will continue to evolve as more innovative features  and investments are made for new concepts. It’s without a doubt that the world wide web will look very different within the next decade, with decentralization for better security and data control being put back into the hands of the user.

Kirsty is a Blockchain Engineer at Extropy.io based in Oxford, UK - a consultancy for distributed ledger technology and cryptography since 2015. In addition to helping Extropy's clients realise the full potential of blockchain, she works within an avid team of experienced blockchain engineers, and helps with the company's training and community education in order to make blockchain more accessible. 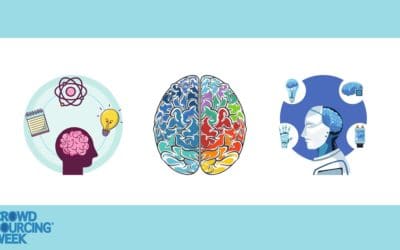 At Crowdsourcing Week we champion the benefits of open innovation as a means to accelerate the development of breakthroughs, solutions and inventions. A growing number of organisations utilise open innovation platforms to go beyond in-house R&D teams, who work in... 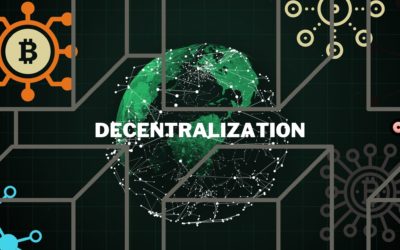 Decentralized Autonomous Organizations are the Future

DAOs, Decentralized Autonomous Organizations, provide a flat, secure and democratic structure for people to collaborate towards agreed aims. Think of them as computer-driven businesses without fatcat bosses, where the aims and codes of conduct are embedded in... 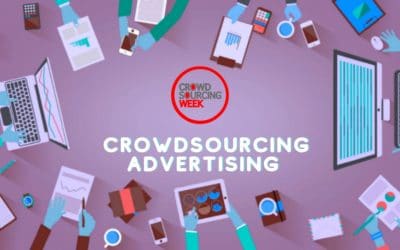 The concept of crowdsourcing remains sometimes misunderstood, and can still be confused by non-users with outsourcing. Before I launched Crowdsourcing Week in 2012 I ran a virtual advertising agency in New York City, and so I feel perfectly well qualified to talk...