David Berkowitz: Crowdsourcing Is and Isn’t for Everyone. 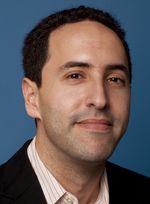 David has written more than 400 columns for MediaPost, and contributes to 360i’s Digital Connections, Ad Age’s Digital Next Blog, and his own MarketersStudio.com. He has spoken at more than 200 events including SXSW, Web 2.0 Expo, iMedia, and ThinkMobile, with guest lectures at Yale, MIT, Google, and Coca-Cola. Since 2012, he has run StartupOutlook.com, a program helping brands and startups learn from each other.

David is frequently quoted online and in print, having appeared in The New York Times, The Wall Street Journal, Reuters, the New York Post, the Associated Press, and USA Today. Ad Age, Ad Week, and PR Week have all named him among the most influential advertising and marketing professionals on Twitter.

Hi David, tell us a little bit about yourself and your role at 360i.

My role at 360i, a global agency headquartered in New York, is to look at new and emerging technology and trends and then see how those can be applied to what we’re doing at the agency for our clients, which include many of the world’s largest brands. I also spend a lot of time working with startups to help them hone how they reach out to brands.

Crowdsourcing is and isn’t for everyone. It is because all kinds of marketers can tap the input of broader communities, especially through social media, to make their products and services more relevant for their customers. But marketers aren’t going to give up everything to the crowds. McDonald’s isn’t going to crowdsource the design of its iconic logo, and Disney isn’t going to crowdsource where to build its next theme park. What most marketers will do is offer just enough crowdsourced initiatives to give consumers a greater stake in the brand.

Change is constant. Fast Company calls 360i one of the world’s most innovative companies. How do you do it?

We call ourselves creative storytellers and analytical thinkers, powered by curiosity. I’ve been with this agency for seven years and have seen us constantly adapt to changes in consumer behavior, such as the rise of social media, and mobile marketing becoming a massively scalable marketing channel. We’ve earned the trust of some of the best brands in the world, and that allows us a lot of opportunities to keep delivering work that meets their goals.

What are some of the most successful crowdsourcing campaigns in your opinion?

I’m most impressed with crowdsourcing campaigns that don’t just stay online but lead to something that hasn’t existed before and wouldn’t exist in that form without the input of consumers. Vitaminwater did a good job with this with its Flavor Creator Lab, as did Sam Adams with its Crowd Craft Project. These both led to new products. Starbucks does this all the time by soliciting feedback via its My Starbucks Idea community and then responding to many of the submissions, with periodic instances of Starbucks making a change inspired by posts. Then again,  one of my favorite initiatives was from Starbucks a few years ago with its Betacup project to reduce waste from disposable cups, but Starbucks was rightly criticized for ignoring the winner and not following through (see http://www.cbsnews.com/8301-505123_162-44041071/starbucks-sponsors-eco-friendly-cup-contest—-then-ignores-the-winner/ ).

You are speaking at Crowdsourcing Week in Singapore in June this year. What are your thoughts on the Asian market?

There’s so much energy and activity across Asian markets right now. I’m really excited to meet with a lot of people there and hear what they’re working on, including some of my Dentsu colleagues in Singapore. Crowdsourcing should have even more potential across many Asian markets where there’s a sense of the community’s good that must come before the good of any individual within it. I’d expect Americans, who are so fiercely individualistic, to be able to learn quite a bit about crowdsourcing in the years ahead from many initiatives across Asia.

If you would like to learn more about crowdsourcing and open innovation join  Crowdsourcing Week on LinkedIn. It is a group of people dedicated to harnessing collaboration for problem-solving, innovation, and efficiency.