1947 the British politician Winston Churchill famously said “…democracy is the worst form of Government except for all those other forms that have been tried from time to time.” 70-plus years later, industrialised democracies are witnessing the decline of citizen involvement and engagement; inconsistent and short term-based decision-making underpinned by inaccurate representations of facts and news; and we are still preoccupied with archaic voting mechanisms that focus on who to elect rather than than what those who are elected will actually do for their constituents.

Populist leaders believe they can rebuild bridges with the same voters the existing political eco-systems began to leave behind and were so willing to ignore, although increased partisanship and a polarising views do little to bring people together. MiVote believes that the solution to the erosion of democracy lies in the hands of the people, the crowd, which it gives a voice to.

MiVote’s Australian Founder and Chief Steward, Adam Jacoby, claims he bitched and moaned about politics for years. At least he lives in a society where he is allowed to! The seeds of MiVote were germinating in his displeasure until parental responsibility finally kicked-in and told him he’d better do more than just complain about the seemingly bad job politicians were doing about the place his kids were going to grow up in. His mission was to “implement a legitimised, legally binding, community decision-making model that facilitates informed decision-making and equal participation in the decisions that will shape the direction and collective futures of citizens. The model is designed to protect from the influence of special interests and partisan ideology.”

There’s a growing gap, Adam says, between “the will of the people” and the compromised solutions and outcomes we are increasingly fed by our elected representatives. The recent rise of political populism sucks the air from the centre ground as different points of view and political persuasions polarise, creating a dangerous vacuum where moderates find they have declining influence. Cue MiVote – a social network with political aims, embedded with connective technology to better deliver a voice of the people to elected leaders.

MiVote Is Spreading Round The World

The not-for-profit MiVote has expanded in to India and the US, and I am about to launch the UK Chapter. The overseas chapters are run and organised by and for people in that country, not by Australians or anyone else appointed by ‘head office,’ and everything possible is done to foster inclusivity. I have received confirmation from the Department of International Trade that MiVote has been accepted in to the Global Entrepreneur Programme, which will accelerate our progress. 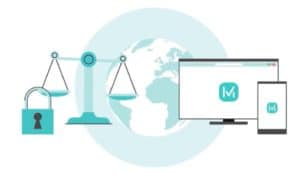 Wherever it operates, MiVote prepares thorough briefings for its registered members on topical economic, social, or sustainability issues in areas where governments are challenged with developing far-reaching policies and programmes.

The briefings are factual information packs prepared by teams of professional researchers through using crowdsourcing, academic research, artificial intelligence and community consultancy. They are evidence-based and non-ideological, aiming for a position of political party neutrality. Participants are asked to consider the issue and vote on a range of alternative solutions to the particular challenge. There are more than two alternatives offered, it never comes down to a binary choice and never offers legislative outcomes but rather more macro voter sentiments.

The application-based ballot system uses QR codes, results are recorded using blockchain technology to be free of claims of manipulation, and are available to legislators, sector experts, politicians, public bodies, and the people who voted. The challenge to policymakers is: “in full receipt of related knowledge and information, the people have spoken: are you [the democratic establishment] listening to what they say they want you to do?”

As Adam Jacoby once said: “When you give people true and easy to understand information, and the ability to participate in decision-making, they become empowered to reach consensus together.” The big question, though, is will the political leaders feel under any obligation to be part of that consensus.

MiVote only forms policy positions with a 60% consensus which Adam was told was impossible in the design phase and yet every vote run so far has met that threshold.

The United Nations Sustainable Development Goal 16 is to “Promote peaceful and inclusive societies for sustainable development, provide access to justice for all and build effective, accountable and inclusive institutions at all levels.”

To help bring this about, MiVote is working on Evaluation Reports using an Innovation Index to indicate a qualitative assessment of government or other organisational efficiency. It’s an aggregate measure based on inclusive electoral processes available to citizens in relation to the transparency of policymaking; the burden of regulation; and the efficiency of the legal framework in settling disputes and challenging regulations.

On behalf of MiVote, I would like to work in the UK with Members of Parliament, foreign consulates and public bodies to provide them with objective and impartial evaluations to make governance systems both stronger and clearer to stakeholders. This is to ensure their decision-making is grounded in underlying principles of genuine democracy, and also ensures that decisions are based on the will of an informed constituency, free from corruption and vested interest, and that every citizen has an opportunity to be heard equally.

I believe this is particularly relevant in the UK where the new Prime Minister was voted in only by members of one political party: 124,000 people out of a voting population of 45.8 million.

The process of an Evaluation Report can be a catalyst for healthy change, perhaps to embrace more technology at the expense of archaic tradition in deomocratic voting systems. MiVote has created a forum and voting system that could one day be used to even elect a nation’s political leaders online, rather than currently widely used systems of “turn up somewhere and make a mark on a piece of paper.” That would be quite a significant breakthrough.

Joydeep Mondal is originally from India, and graduated in Corporate Governance and Law from the University of Portsmouth, UK. Prior to becoming a Steward of MiVote, Joydeep had been a researcher for the UK Liberal Democrats political party, and addressed the Youth Council at the Commonwealth Heads of Government meeting in London in 2018 on the topic of Civic Engagement And Technology For Democratic Governance. He has been accepted by the UK's Department of International Trade to their Global Entrepreneur Programme.