Do You Spot a Difference? 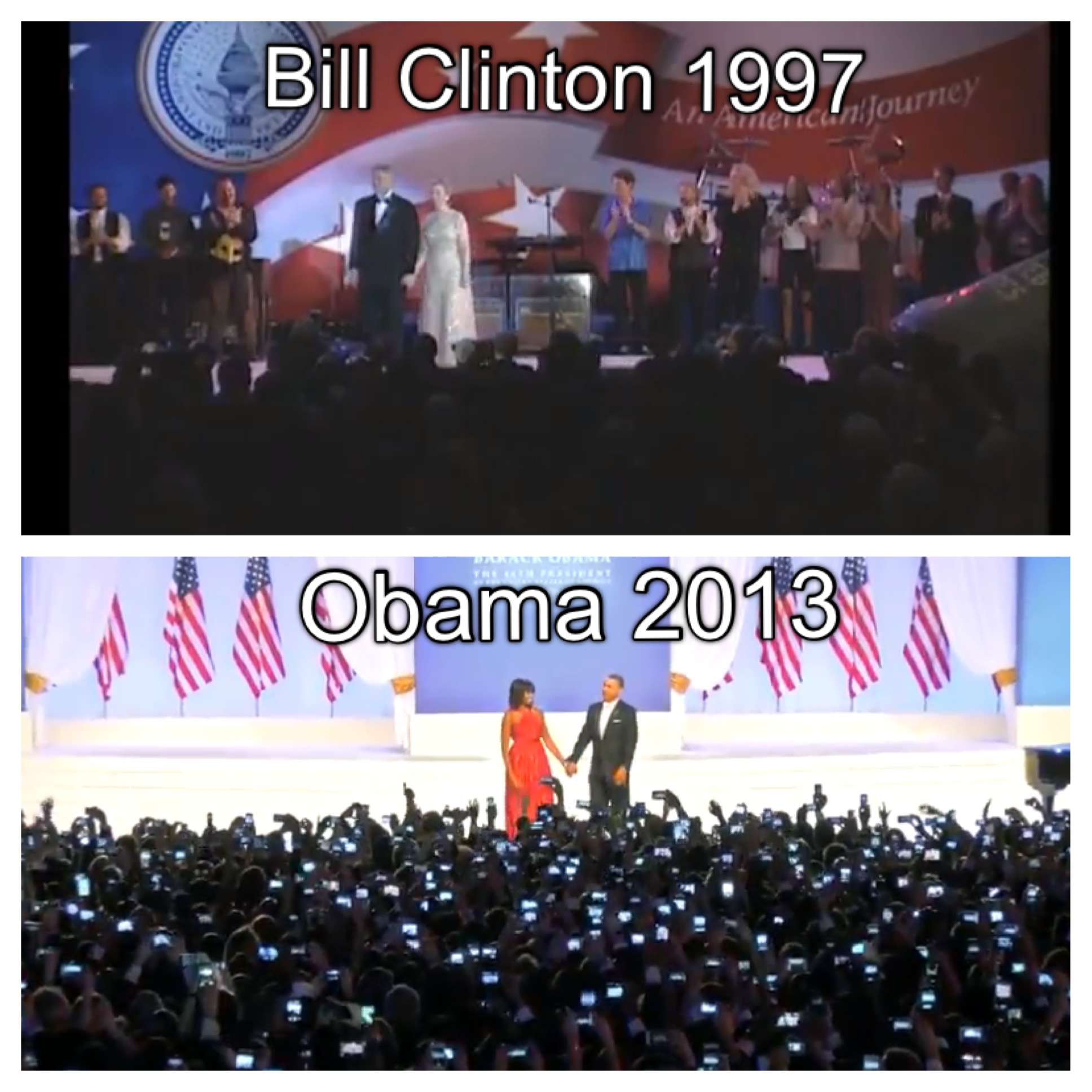 Yes, yes! Apart from the fact that they are pictures of two different Presidents and their wives during their respective inauguration, what is a striking difference between the two?

The first picture with President Bill Clinton seems more uptight and bureaucratic with little engagement. The audience seem more like viewers than participants. There seems to be an invisible divide between the people and the President.

In 2013, everything has changed. The Crowd is part of the inauguration, and a part of the history. All those smartphone are proof of a highly networked world. All those pictures will tell a unique story that will ride the social media waves, becoming a part of President Obama’s legacy. This picture is more democratic and underlines the fact that President is of the people and not the other way around.

What differences do you see?