Five Predictions for Crowdsourcing in 2014

Early last year, I wrote that, after a long inception period since its invention in 2007, crowdsourcing would “cross the chasm” and would become mainstream in 2013. This could have sounded like a self-fulfilling prophecy, but it turns out that 2013 will have been indeed a turnkey year for crowdsourcing. Just have a look at the sheer volume of new projects in this crowdsourcing timeline if you are not convinced. The year 2013 was the year where crowdsourcing came of age and proved it was here to last. What’s next? I see 5 key trends for this New Year 2014.

1. Managers Will Need Crowdsourcing on Their Resume-

Everyone has heard about crowdsourcing now – your colleagues, your team, your boss, your CEO… maybe even your mother. But, as a professional, merely knowing what crowdsourcing is won’t be enough anymore. You will have to have first-hand experience of how and when to use it as it will have become a core capability in a manager’s toolkit in 2014.

Companies will also engage in extensive transformation programs to use the technology more systematically by training their teams and de-risking its use with a “right to fail.” Crowdsourcing will lose its experimental and sometimes controversial flavor to become a standard business practice. Large companies are already aligning with that reality. They will continue identifying and selecting reference suppliers to partner with, in order to assemble ecosystems around this new business practice, like Unilever did in June 2013. The Procurement departments of those organizations that are seeing crowdsourcing as a game changer will be leading this effort. As such, Gartner recently predicted that by 2017, more than 50% of consumer goods manufacturers will receive 75% of their consumer innovation and R&D capabilities from crowdsourced solutions.

Crowdsourcing has demonstrated its ability to address such structural issues as the staggering need for relevant content that digital channels require. Remember when Doritos crowdsourced ads that topped the USA Today Ad Meter during the Super Bowl in 2009? Beyond this early and isolated type of spectacular outcomes, the last 18 months have shown a stream of results from crowdsourcing campaigns that indicate that it consistently drives return on investments.

Brands are now launching products, services and content inspired or designed by communities on a weekly basis, with great and measured results. For 2014, you can expect more proofs of the effectiveness of crowdsourced marketing and innovation. According to Gartner, the ability to churn out a steady flow of “homeruns” will be a source of competitive advantage. The firm predicts that consumer goods companies that employ crowdsourced solutions in marketing campaigns or new product development will enjoy a 1 percent revenue boost over non-crowdsourced competitors by 2015 – which is tomorrow!

3. The Crowdsourcing Ecosystem Will Blossom

In June 2013, one year after the acquisition of crowdsourcing agency Victors&Spoils, Havas launched HavasCrowd, a network for brands to “harness the power of the Havas global community in one place.” (click image for link)

Traditional players such as agencies have sometimes seen crowdsourcing as a threat. As a result they often have overlooked it or have tried to develop their own internal initiatives. But clients have not waited. Acknowledging their clients’ appetite for crowdsourcing and the need to embrace and integrate it, more agile agencies will leverage crowdsourcing capabilities more aggressively.

As companies move to crowdsourcing, the ecosystem will follow. Specialized players are already emerging with industry websites, conferences, authors, and consulting firms with great success. Leaders from adjacent industries will also start integrating with the crowdsourcing ecosystem to offer end-to-end solutions, for example to enable clients to test or leverage the output of their crowdsourcing campaigns. So, according to me, 2014 is prone to see some large-scale alliances in the ecosystem.

4. The Crowdsourcing Industry Will Consolidate

After its $35 million funding round in April 2011, 99designs’ aggressive global growth strategy has mostly been fueled by acquisitions. Who will be next? (click image for link)

There are lots of crowdsourcing companies out there. Crowdsourcing companies typically rely on a fixed costs business model as they operate on platforms that involve costs to develop and maintain. It means that these companies need to achieve critical mass to sustain their activities – and so far only few players have achieved that in any compartment of the industry, from crowdfunding to creative crowdsourcing. A few leaders already concentrate most of the activity.

Another characteristic of crowdsourcing companies is that they display network effects – i.e. the fact that the bigger the community is, the more attractive the platform becomes to its clients, and vice-versa. And network effects increase exponentially with size.

Those two combined factors as well as the growing maturity of the category will trigger consolidation. It has already started: oDesk and Elance recently merged, TopCoder was acquired by Appirio, and established players like DesignCrowd, Freelancer.com and 99designs boosted their aggressive expansion through acquisitions. 2014 will see an acceleration of that trend and industry leaders will reach critical mass. 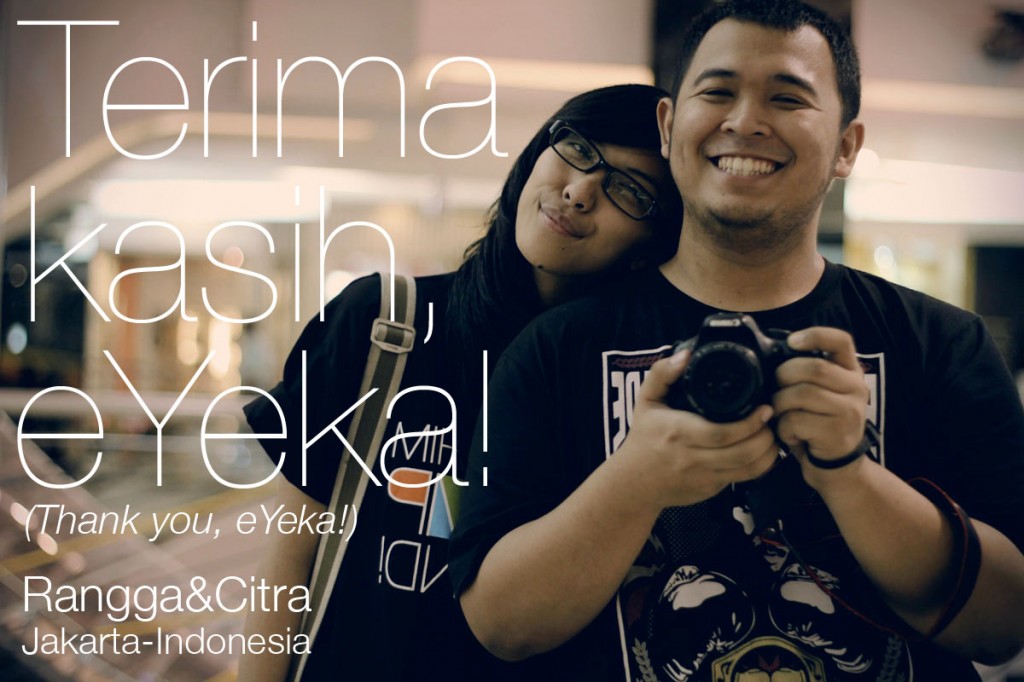 By winning First Prize in a creative contest on eYeka, Rangga and Citra from Indonesia were able to to finance their wedding. They are happily married since August 31st 2013. (click image for link)

Communities are the root of crowdsourcing and have experienced staggering growth in the last 5 years. Knowing and following the different communities, I would estimate that over 10 million individuals are contributing to crowdsourcing across the globe – and that’s a conservative estimation. Participants have various levels of involvement and different motivations. CS platforms offer a global level playing ground for everyone to engage into projects, hone their skills, unleash their creativity and be rewarded.

Among participants, you find amateurs in the wrong job, students, aspiring professionals, free-lancers or professionals seeking variety – all of them motivated by the famous 4Fs that are Fulfillment, Fun, Fame or Fortune. We are moving into a “multi-modal” world where you don’t want to only be a dentist, you may also want to express your creativity by contributing to some crowdsourcing projects at night. At eYeka, we sometimes even see very creative clients participating in (and winning!) contests run by non-competing brands.

Like Powersellers have emerged from eBay, a new creative class is emerging. Individuals are leveraging platforms to choose their clients and work on topics they care about, sometimes combining a traditional job with crowdsourcing engagements. Specialized websites and services such as OnlineVideoContests.com are flourishing in order to inform and support these individuals. Some of them are becoming true stars and getting increasing attention from the press, which was more focusing on the brand side before.

Crowdsourcing participants will own the stage in 2014. We will see frequent stories of people leaving their traditional jobs to become “hybrid” professionals or “crowdsourcing” professionals. And it will change lives!

François Pétavy, CEO of eYeka, has been focusing on the convergence between technology, marketing and content for more than 13 years. Before joining eYeka in early 2008, he was a Director at eBay, in charge of developing the French marketplace as a new areas of business. François’ past positions also include being a Producer at Ubi Soft (a video game publisher), and VP Project Management for AGENCY.COM:Paris (a digital agency). François Pétavy graduated from Ecole Polytechnique and Telecom ParisTech, and holds an MBA from INSEAD.