How the Use of Crowdsourcing is Empowering the African Citizen

240 million phone calls are made to 911 in the U.S., every year. The number in Europe is probably higher. The number in most African countries is impossible to ascertain.

911 and its variants across the globe are an old example of crowdsourcing crime & crisis information by governments, and the most enduring of all. The government can outsource the identification of a crime to the public. How — by defining a single task and an easy, clear way to get it done. 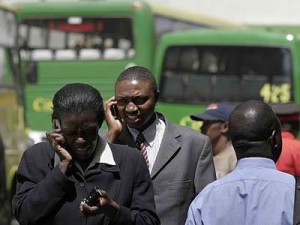 Using citizens to gather information on crime may be a well tested crowdsourcing example used by governments the world over. Unfortunately, there aren’t too many areas in a citizen’s life where this approach has been used. Emerging examples, in countries such as Kenya are driven mostly by civil society and donor organizations and cover new areas such as drug stock outs, teacher attendance and aspects of service delivery in government agencies.

Take for instance MajiVoice.com, a platform for empowering citizens to report problems related to water service delivery wherever they are. Available on SMS, the platform has a wide reach in a country with 25+ million subscribers and a population of 42 million people. With the support of the Kenyan government, the platform connects citizens to their respective water service companies and provides an escalation mechanism for issues that are reported. The escalation process goes all the way up to the Minister for Water in the central government.

There are numerous examples of non-governmental agencies using crowdsourcing in Africa. A number of those are powered by the Ushahidi platform, such as Uchaguzi, Swahili for Elections. Uchaguzi, is an election-monitoring tool that crowdsources local information on the electoral process from citizens.

There will be over 700 million mobile phone subscriptions in Africa by 2013, that’s a 70% penetration rate across the continent. This makes mobile the most ubiquitous technology channel available. Existing crowdsourcing initiatives by civil society organizations have leveraged mobile due to this fact. An example, is Uchaguzi, the election monitoring platform used during Tanzania’s last elections. Utilizing mobile web, SMS and social media to collect feedback from citizens. The platform provided a rapidly scalable solution for crowdsourcing election malpractice information, all over the country.

Open government calls for new ways of collaborating with citizens. Open innovation provides a way to surface new engagement methods from the crowd. And crowdsourcing is a critical tool for open innovation and open government. Some of this new political will to involve citizens is demonstrated by the signing up to the Open Government Partnership — by countries such as Kenya and Ghana. New constitutional dispensations are also providing the platform for new thinking to take root, thinking that includes the views of citizens in their own governance.

Thanks to the efforts of indigenous citizen agency organizations across the continent with the support of the US, UK and numerous EU governments, African citizens are more aware about their civil rights, than they were in the past.

Yannig Roth is Marketing Manager at eYeka. He holds a PhD in marketing from University Paris 1 Panthéon-Sorbonne, and an MSc in digital marketing from ESSCA School of Management. Yannig regularly blogs at yannigroth.com and tweets under @YannigRoth