There is no better use case for crowdsourcing than leveraging the power of the crowd to find abducted children. And this is the core mission of LizaAlert.org.

There is nothing more terrifying for a parent than realizing that your child is not where you left him or worse that he has been abducted. Here in the US, we have massive resources to find missing children — the FBI, local law enforcement, national/local news coverage and Amber Alerts. But there are some in our international community that are not so lucky.

Unfortunately, on September 13, 2010 Liza Fomkina and her aunt disappeared in the town of Orekhovo-Zuevo which sits 50 miles east of Moscow.

“According to RIA Novosti, the main search and rescue efforts were conducted by volunteers and people living nearby. Since Liza’s body has been found, plenty of volunteers have gone on record to say that they believed the official rescue efforts to have been poorly organized and insufficient.”

Many in the town expressed their frustration and explained that the Interior and Emergency Situations ministries, were not very 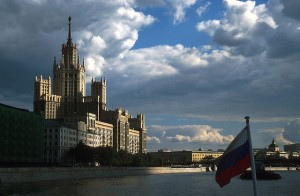 helpful. There is no clear indication on why the ministries are so lacking in resources — I could venture a guess and say it might be a lack of personnel or funding. Whatever the root cause, the very same volunteers that found the bodies of Liza and her aunt — founded “Liza Alert,” on September 24, 2010.

The web site uses the crowd to:

Although the site is written in Russian anyone can help. LizaAlerts.org provides information on current searches, projects, telephone numbers and much more. Specific information on active searches is not made public.

I could not find information on the site about children that were rescued — Google translate is not the best tool. But I hope that with the help of the crowd — there are many more happy stories.

Do you have a service similar like LizaAlert in your town or country?