When we talk about crowdsourcing as a work process we normally think of paid work — contests, macrotasks or microtasks. But what if I told you that we are only tapping into a portion of the crowdsourcing work potential?

You have heard of open source?

Open source is a philosophy or pragmatic methodology that promotes free redistribution and access to an end product’s design and implementation details.

So fundamentally the work being done on an open source project is unpaid — sweat equity if you will. Case in point a very good friend of mine devotes a great deal of his time to the development of Drupal, for no pay. And since there is little financial gain from working on an open source project — it does not get much attention, from crowdsourcing services such as Amazon’s Mechanical Turk. But PyBossa stands to change that philosophy.

PyBossa is a free, open-source, platform for creating and running crowd-sourcing applications that utilise online assistance in performing tasks that require human cognition, knowledge or intelligence such as image classification, transcription, geocoding and more! 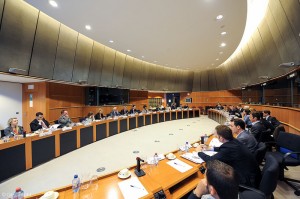 The Open Knowledge Foundation (OKFN) together with the Citizen Cyberscience Center have been working on this new platform — PyBossa, a crowdsourcing micro-tasking platform for open projects. OKFN explains that there are a number of similar projects — like FreeBMD  — but what PyBossa is not is another open source project. It is a platform for developing and deploying crowdourced apps. Currently, the open source platform has 5 applications in the pipe: Y-maze mice behavior, Finding the evolutionary trees, Melanoma, Flickr Person Finder and Urban Parks. The most popular of the 5 being — Flickr Person Finder — which the main purpose of the app is to answer the question: “Do you see a human in this photo?”

Yes, the applications of a platform of this nature are limited only by support and imagination of the open source community. But I question that support especially since it relays on unpaid work. And this is not to say that the Mechanical Turk is better — especially since some of the payments for work done are as low as $0.00. But the differentiation is that the Mechanical Turk is designed to handle money — PyBossa by design is not.

What are your thoughts of such applications as “Y-maze mice behavior” or platforms such as PyBossa attracting the crowd — for unpaid work?