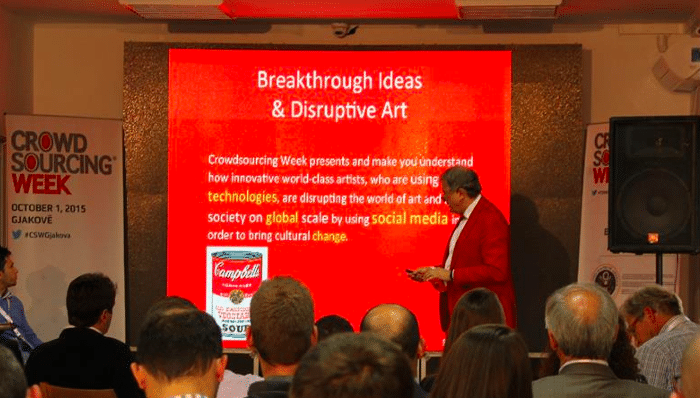 This is a blog post written by our Managing Director in Europe, Etienne Verbist, sharing his thoughts and experiences in Kosovo.

Crowdsourcing Week recently hosted a summit in Gjakova, Kosovo and it was special for a number of reasons. Kosova is the birth country of Epi Ludvik, the founder of CSW and though we were in touch with the happenings in the country, this was our first official event in a city there. I am sharing a few thoughts from my experiences as I traveled to Kosovo to deliver a talk at the summit.

The Road to Gjakova

Gjakova is a small town, about an hour and a half driving distance from Pristina that has been heavily destroyed during the Kosovo War in 1999. Nothing has really survived in what was once an industrial city and the economic engine for Kosovo. Before I took the trip, I was reading up about the country and came across both upsetting and uplifting news. The key thing I realized was that all the digital progress the rest of the world was making was not inclusive to Kosovo. That made me think how technology is important in shaping countries and perception among people as I prepared for what would be a surreal trip.

On the plane I met a few citizens from Kosovo who explained some of the challenges that they face in order to have it recognized by United Nations. At the airport in Pristina I noticed this poster with the words – “Time To End Isolation” and was trying to grasp the implications of being an outcast in an hyperconnected world – for a whole country. 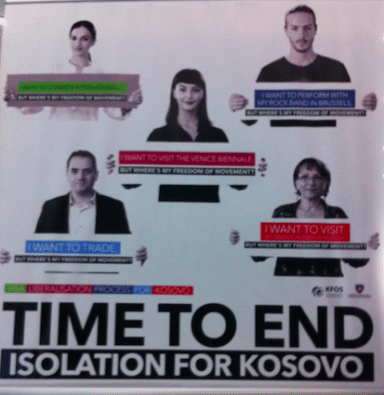 But a big smile from a Kosova friend Vllaznim Xhiha who picked me up at the airport, set the tone for the rest of my trip.

On the ride to Gjakova, I saw trash on the side of the road, empty houses showing the impact of bullets from the Kosovo War and a destroyed Tuscany landscape. But as we arrived in Gjakova, I found an unexpected great old town, people were very friendly and helpful. After welcome drinks and eating great food I felt right at home, sharing stories about history, culture, religion, politics with locals. I soon found out that almost everyone here has a complex story to share.

Kosova- A Nation Torn between the Past, Present and Future 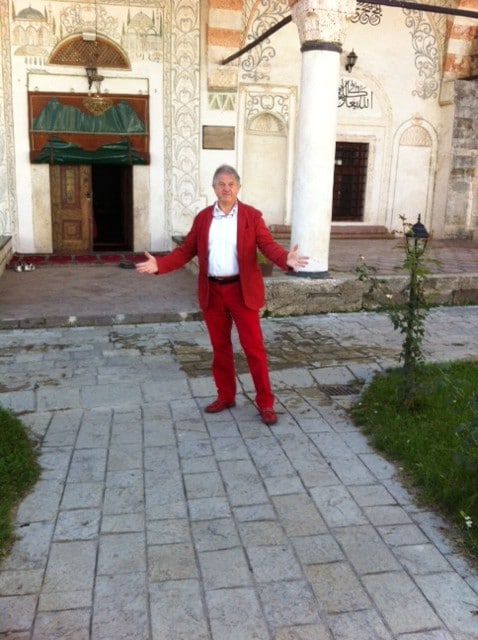 In Kosova, I felt like I was walking through three centuries, at the same time. I met people living in the past in a broken town. I met people living today, with a smile and wanting to make the best out of their situation and resources. I met young people kissing the future, embracing new ideas in order to create a better world for themselves. A surreal experience indeed.

The Re-birth of a Nation: Kosovo

The CSW Summit took place at BONEVET, a makerspace focusing on new technologies like 3D printing, programming, Autocad, Arduino and more. BONEVET gives the young generation a gateway to the new digital world; they will lead the transition to a new digitized world for the future of the Kosovo’s economy. I witnessed the birth of a new mindset. The audience’s enthusiastic reaction I saw during the CSW Summit in Gjakova rejuvenated me and offered a new way of thinking for the future of this new nation. The city needs to reinvent her ecosystem. The Mayor Ms. Mimoza Kusari made it clear that the old Godfather approach to economic development is irrelevant. She made it clear to the audience that a new road for Gjakova will be designed, paved and inspired by the active open minded young generation, eager to get connected and participate in crowdsourcing platforms. The young generation will feature Kosovo’s changemakers and businesses disrupting the old economy through a crowd-centric approach.

Social Productivity Among the Unemployed Youth

Current landscape of digital economy is changing rapidly. In Gjakova, a pertinent question is how to revitalize youth and generate employment opportunities. Here are key action items that will spark activation of their social productivity:

All of the above action items are included in the Gjakova BONEVET CABLE project to transform the region.

Questions for The Future:

The power of a well-educated, determined, new generation will validate the fact that everything is possible when built on passion. Gjakova will leverage on BONEVET’s mission to energise this country’s economy. Kudos to my friend Vllaznim Xhiha and his team for the courage and the vision. I’m excited for the future and for an opportunity to witness and participate in the birth of a nation built on the principles of the new crowd economy.

Oh and one more thing, BONEVET has launched their own crowdfunding campaign and they’ve gotten support from everywhere. Join me supporting them here

If you are looking to activate the C.A.B.L.E. project within your community, get in touch with me at [email protected]

Etienne Verbist is a lawyer and economist. He built up his career and his experience in multinational companies such as General Electric Information Services, Canon and Abott in top sales and marketing roles. For the past 25 years, Etienne has been specialized in assisting companies in their growth and optimization process. He has lived and worked in 25 countries. His passions are innovation and creation based on innovative business models. He serves on several advisory boards. He is the Managing Director Europe of Crowdsourcing Week and part of the advisory board of CSW2 consulting services.