In our July 2019 article that featured Surcle, the open innovation challenge platform in the electronics hardware sector, we mentioned briefly a challenge that was live at the time. Zollner Elektronik AG had launched The Protocol Converter Challenge in an effort to find an IoT software solution for a messaging server to deliver seamless communication between any industrial machine and software interface. The challenge is complete and we can bring you up-to-date on what was achieved. 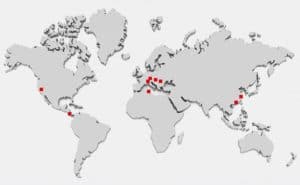 Zollner Elektronik AG is a 100% family-owned business that was founded in Bavaria, Germany, in 1965. Today it operates in 19 locations in nine countries and has established itself worldwide as one of the top 15 electronics manufacturing service (EMS) providers in the mechatronic market. This is a multidisciplinary branch of engineering that focuses on the engineering of both electrical and mechanical systems, covering robotics, electronics, computers, telecommunications, systems, control and product engineering.

During its growth the company had acquired a variety of industrial production equipment made by different vendors using different communications protocols. Consequently, Zollner Elektronik AG found that transferring data between machines had become a complicated and time-consuming process. They wanted a solution though didn’t want to either spend countless hours developing one in-house or pay exorbitant fees to lease a third party’s system.

So they turned to Surcle to find a crowdsourced solution. The goal was to create a middleware IoT device to enable interoperability of various industrial machines, equipment, and workstations on a manufacturing shop floor. If they could find a solution for themselves they would also be able to support a generic industry move towards “smart factories.” They made $45,000 available in prize money.

After consulting its network of solution providers, Surcle received bids from three reputable engineering firms to take on the project. Furthermore, the competitors estimated they could complete the challenge for anywhere between $20,000 to $35,000.

After an initial two-week software programming phase, the three engineering firms developed 13 software solutions. Surcle ensured they developed their IT protocol converter software with the appropriate discretion via non-disclosure agreements.

The three competitors then spent three weeks developing working prototypes of their machine interoperability systems, and presented the results to Surcle. One didn’t make it further, and Surcle presented Zollner with two IoT protocol converter designs to review.

Zollner Elektronik naturally selected the system that best suited the needs of its 19 international worksites. Although it was also the highest priced solution, it was $10,000 under the budget Zollner had initially allocated and it still represented a saving.

Through partnering with Surcle, the German EMS Zollner no longer has to waste valuable time translating data between its equipment. Also, because it is now using a customized solution, it doesn’t have to pay licensing fees for a generic third-party product. 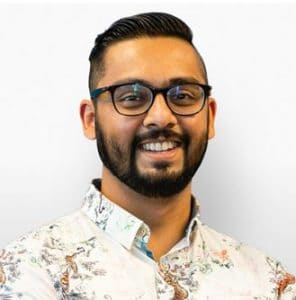 We are delighted our international conference coming up soon in San Francisco on September 12 and 13 has attracted such a top class array of over two dozen thought-leaders and breakthrough exponents from the fields of crowdsourcing and open innovation. Delegates will hear them share insights, knowledge and experiences, including Sabih Khan, the Vice President of Innovation for Surcle.

A full agenda is available here.

In the morning of Day 1, Sabih will be speaking in a session titled “Humans are Born Innovators – Speed to Innovation.” The four-strong panel will be discussing the critical conditions that need to be understood to speed up innovation to a point of competitive advantage, and provide novel insights into the rise of breakthroughs.

In that afternoon Sabih is also in a breakout session on “Platforms & Innovation” with three other recognized innovators: Christian Cotichini, CEO and Co-Founder of HeroX; Stephanie Boue, Manager Scientific Transparency and Verification for sbvIMPROVER; and Rob Israch, CMO at automated payments provider Tipalti.

Tickets are still available for either only Day 1 or an All Access Pass including Day 2, with a reduced rate until August 30. If you want to book places for three or more delegates please use the same ticket link and apply for a Group Discount, though please don’t wait until the last moment.

The scale and intimacy of CSW Global 2019 will give delegates unparalleled opportunities to network with speakers and panelists, as well as each other and the CSW team. If you think you’re bold enough for that, we’d sure like to meet you there.