Crowdsourcing: From Myth to Intrinsic Reality 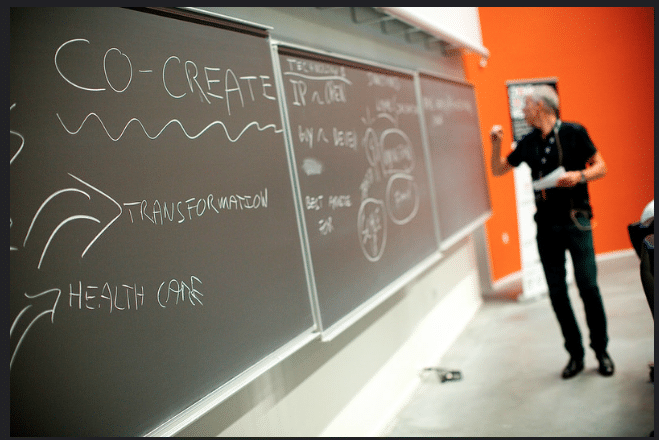 In 2009, when I was sowing the seeds for what would become Crowdsourcing Week,  a vehicle to enable dialogue and knowledge transfer on the principles of crowdsourcing, I read a piece titled, The Myth of Crowdsourcing, by Forbes contributor Dan Woods. He wrote at the time that crowdsourcing doesn’t really exist and argued that what appeared to be crowdsourcing was really either paid employees of deep-pocketed corporations or small groups of “virtuosos” who do all the heavy lifting. There may be a grain of truth in this with some crowdsourcing applications but the benefits far outweigh the negatives. With a growing understanding of the practice, crowdsourcing and the crowd economy will be one of the defining business and social models of the next few decades, if not of the entire 21st century.

Intrinsically, crowdsourcing has the the potential to not only increase business efficiencies but enhance liberty and the human condition as a whole as the very foundation of a people-centric, crowd economy is to level the playing field and democratize opportunity. Economic and social benefits that were previously available for the elite, are now accessible to a vast population thanks to access to Internet and technology.

When Woods wrote that article we were deep in a recession and Airbnb, for example, was only a year old. Two years later it had raised $120 million. Less than three years after that it was valued at about $10 billion.  Now it’s practically a household name. The Airbnb revolution enables a homeowner or renter to take a nonperforming asset (a spare room) and generate a revenue stream, thus unleashing cash flow worth billions—while saving travelers billions at the same time. It’s the true definition of a win-win.

For every Airbnb there are dozens of less well-known crowdsourcing enterprises—many started during a recession that had conventional companies reeling. Pozible is an Australian crowdfunding platform that’s funding everything from a “smart” drinking cup to a gamepad for smartphones. Peer-to-peer lending has the crowd bypassing banks and taking on loans at competitive rates from peers. US Treasury Secretary Larry Summers said Lending Club, “…has the potential to profoundly transform traditional banking over the next decade.” US interest rates for savers have been stuck in the low single digits for the last decade and now there is a way for individuals with capital to lend at rates in the high single to low double digit annual rates.

Initiatives aren’t limited to the for-profit sector. ENDcrowd is an online crowdfunding platform specifically focused on the abolition of slavery worldwide. Initiatives already funded include a van for transporting at-risk children to school in Cambodia and another sending girls in India to university to study nursing and engineering. LexShares enables people to invest in lawsuits like product liability cases and whistleblower lawsuits.

All of these ventures are exploding with participants and capital thanks to the extraordinary power of the crowd. In the years to come the old top-down authoritarian ways of thinking about capital formation and work itself will wither away. By 2020, I predict that what is now the leading edge of a trend will be deeply embedded in our business and social DNA.

Dan Woods thought that the crowdsourcing thrives because of a few virtuosos. No. Crowdsourcing makes virtuosos of us all.

Are you with me?