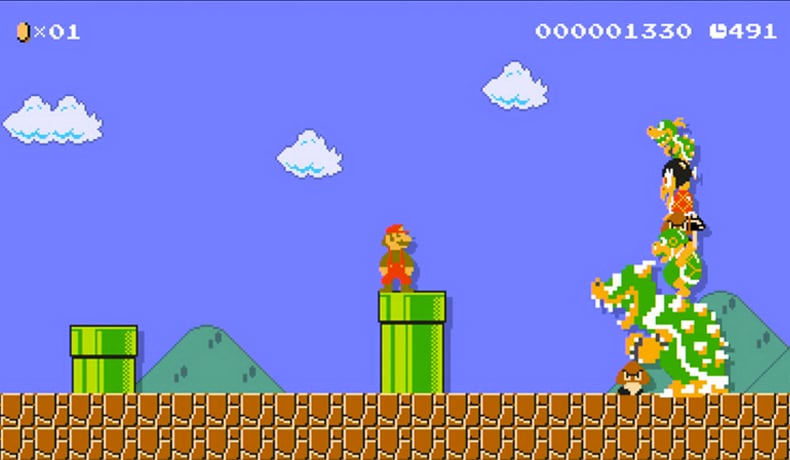 When asked where can we use crowdsourcing, the answer is simple. Anything. Gaming is becoming a popular application for crowdsourcing that is gaining traction as serious gamers want more than to just play the game.

Well, you won’t just be playing the Super Mario Game but designing the game levels by yourself. Nintendo announced last week that starting on September 11, 2015, gamers could create their Super Mario levels. As a reference to the 14 parts of crowd economy, mass collaboration, and crowd tasks and creativity are the playgrounds of unique, out-of-this-world levels using the Super Mario Maker by the crowd gamers.

“Nintendo is letting players take control of its Mario platform game building tools with Super Mario Maker, and now we know when it’ll be available: September 11, 2015,” TechCrunch reported. “The “game” allows people to create their own levels in either Super Mario Bros 8-bit graphics, or more modern 3D style (albeit with the same mechanics underneath), and then play them instantly.” In a nutshell, for Wii gamers, you can create your own Super Mario dream levels.

We all know how cumbersome it was to play the game back then, especially when we miss to jump and cross at the right time. Others have figured out the hacks and cheat codes to get infinite lives to finish the levels and get more coins. This time Nintendo is betting on the crowd gamers’ creativity and collaboration. At the E3 2015 event, the company gave a sneak peek of the tool and explained how they originally designed the games.

Crowd-powered games and apps: from entertainment to science

“They suggested that people can build up serious game design chops by cutting their teeth on Super Mario Maker first,” as TechCrunch said. What a good news for Wii gamers out there, and I, too, am excited to try it. But this is not the first time that crowdsourcing it was used in the gaming industry. In 2009, game publisher Roundhouse Interactive and programming company Frima Studio opted for crowdsourcing a video game’s design.

According to CNET, the potentially six-figure-large community was in control of the game’s creation. “It’s going to be a democratic voting system and society… We place a bunch of ideas out to the cartel members, and they get to decide the direction it goes,” said Mike Montanaro, CEO of Roundhouse Interactive in an interview with CNET. Fast forward 2015, crowdsourcing itself has changed the way games are produced.

Aside from creating novelty and entertaining games, crowdsourcing also tapped the space exploration and citizen science. The European Space Agency (ESA) ventured on Astro Drone Crowdsourcing Game, inviting the “citizen scientists—who also own a Parrot AR.Drone Quadricopter” as the Scientific American puts it, “to contribute to a scientific crowdsourcing experiment that aims to improve autonomous capabilities of space probes, such as landing, obstacle avoidance, and docking” by playing the Astro Drone Apple iOS app.

Just imagine, with a few taps your efforts go forth beyond borders; literally, out of this world by playing games.

There’s more to talk about when it comes to future technology and collaborative business models. Europe is brimming with innovation, embracing the new economy we’ve dubbed as the crowd economy. In our weeklong conference in Brussels, October 19-23, 2015, you’ll learn more about crowd applications, from smart cities to government among many others.