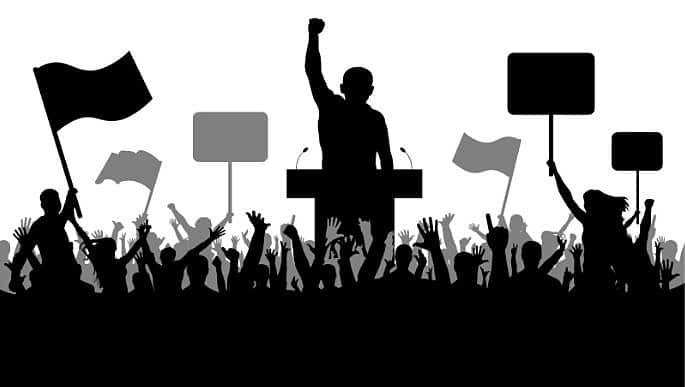 If selfishness is a trigger of many issues in today’s modern democracies, as suggested in my previous article, populism could be regarded as a facilitator in this game. That’s the topic of this article, with an invitation to you to contribute with your thoughts and views. I would like to use the power of crowdsourcing to build on ideas; you might even be mentioned in the book I am writing.

The problem is that we see a lot of populist politicians these days who both feed off and feed in to people’s fears, then point a finger at someone who is to blame for that scary thing we should be so afraid of, and their solution tends to be simplistic, disruptive, and always at the expense of established institutions. It’s a divisive approach that is dangerous. Negative emotions like fear and anger are amplified to polarize populations with radical ideas.

If we could start over, how would we avoid this populism – and what can we do to counter today´s populist challenges? Here are four areas that could be addressed, please feel free to comment!

We may need a stronger focus on citizenship, political awareness and news consumption/fact checking in education curricula. If 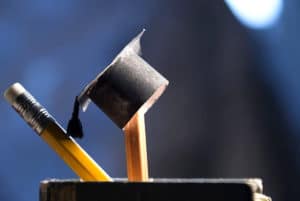 democracy is that great and important, you would expect that at least our educators provide a toolset as complete as possible to prepare you for voting constructively. Insight into different streams of thought, pros and cons according to supporters and opponents, good and bad examples from history. Especially these days, with populists on both sides promoting extreme ideas based on a simplified representation of reality (or sometimes on plain falsehoods), it is crucial to learn from history and to understand what certain standpoints have led to in the past – good and bad. How else can you be expected to make an informed decision when it’s time to vote?

Similarly, if we could equip people with the tools and skills to consume and use media responsibly, false news could be better detected and possibly shared less. There are great examples of this happening already. The UK is about to introduce compulsory teaching about information bias and online risks as part of school curricula.

Carl T. Bergstrom and Jevin West developed a course on the topic of misleading data reasoning in a digital world for students of the University of Washington (and anyone interested online): “Calling Bullshit”.

The broad appeal of populist leaders seems to hinge on simple ideas, a clear enemy and a certain entertainment value. What if other politicians could generate such interest with a similar but responsible approach: explain their policy ideas in layman terms and in an entertaining format. By no means should we lose the more in-depth explanations and debates around complex issues, but when high level ideas can come across to larger groups of voters who may otherwise stay away from intricate complexities and high-brow political language, chances are that the larger audiences get access to a more balanced view than today.

field. Audition shows for people who aspire to be in politics, for example, assessing skills in debating, policy making, public speaking and problem solving with opponents. Or talent shows and concerts for songwriters, inspired by politics. There are many ways to engage people in an entertaining approach that is informative and educational at the same time.

Also, engage citizens in real-time politics. Interesting experiments along these lines are being conducted in Australia, like the “Citizens’ Juries”.

In one experiment, a group of citizens were given the authority to collaboratively come to a briefing of needs for a third party insurance to experts. The experts developed feasible proposals based on that briefing, which the Citizens’ Jury had to review. In this case, the Australian government took the Citizens’ Jury recommendation and implemented it in full.

For democracy to work, it is important that people cast their vote on the leadership of their society. But many don’t take the opportunity to cast their vote.

Technology could help to make voting easy and accessible to everyone. As succinctly described by Clive Reffell

in his article “The Influence of Crowd Technology on Democracy”, it’s quite amazing how manual and old-fashioned election processes still are, whilst we are able to securely do our banking and purchasing online. If you would not have to stand in line on that particular day when you may have other commitments after work, but could cast your vote easily and securely online from wherever you are, wouldn’t more people vote?

Another reason why many people don’t vote is because they feel their vote doesn’t make a difference. Depending on the country, part of the problem can be how elections and the political field are constructed. If we look at the US as one of the most advanced democracies, with the winner-take-all approach in 48 out of 50 states and only two major parties, it’s little wonder many people think that their vote for the Green or Libertarian Party will not cut through.

Also, the system where the president is elected through an “Electoral College” rather than by citizens (they vote for electors, who ALL get awarded to the winning candidate in that state) and where the Senate has equal representation (2 senators) between states – even thought the Wyoming population is 1,5% of California’s, is bound to contribute to the fact that voter turnout in the US is way below most OECD countries.

Why not simplify? Use the popular vote as a basis, possibly with a more reasonable weight adjustment for factors that make sense – e.g. avoiding rural communities to be overlooked.

How can we counter “Fake News”, which sometimes is so difficult to distinguish from the truth and often used in populist tactics?

False news stories reach people 6 times more quickly than accurate news and it is 70% more likely to be retweeted than true news stories. It is simply NOT a great thing when policies are made and policy makers are chosen based on an erroneous understanding of reality.

It has come to a stage where even social media owners like Mark Zuckerberg ask governments for regulations.

Why not introduce a credibility rating (CR), much like the “Pinocchio” scores applied by the Washington Post – but across media outlets, borders and platforms, with a universally recognized icon and format? The lower the CR visibly attached to a story, the less likely it will be passed on.

Independent assessment, crowdsourced engagement on an accessible platform, and media regulations are important success factors for such a CR system to work.

The rating of content and publishers could be manipulated in the wrong hands.

Let’s therefore start with a committee of professional media/journalism academics, in charge of assessing and assigning CRs to individual stories and major publishers.

With enough input, ratings evolve automatically based on algorithms and a regular assessment of (a sample of) new stories.

2. Crowdsourcing through an accessible platform

With new stories coming released continuously, the engagement of the public can help keep the system up to date. What if people can report suspicious content for validation on a platform that collates all fact checks and CRs, as well as provides an easy way for everyone to find their sources´ CR to link them to their own stories? Granted, not a small task to set up. But it will make fact-checking easier and credibility assessments transparent.

In response to Mark Zuckerberg’s request to be regulated, here we go:

Here is where you come in. Please join the discussion and share your views and ideas with me. Do you support this thinking? Can you build on the ideas? Maybe you disagree and have better suggestions?

Help me crowdsource solutions and be a potential collaborator. Your ideas could be included in the book with a name check, or could influence the content in other ways.