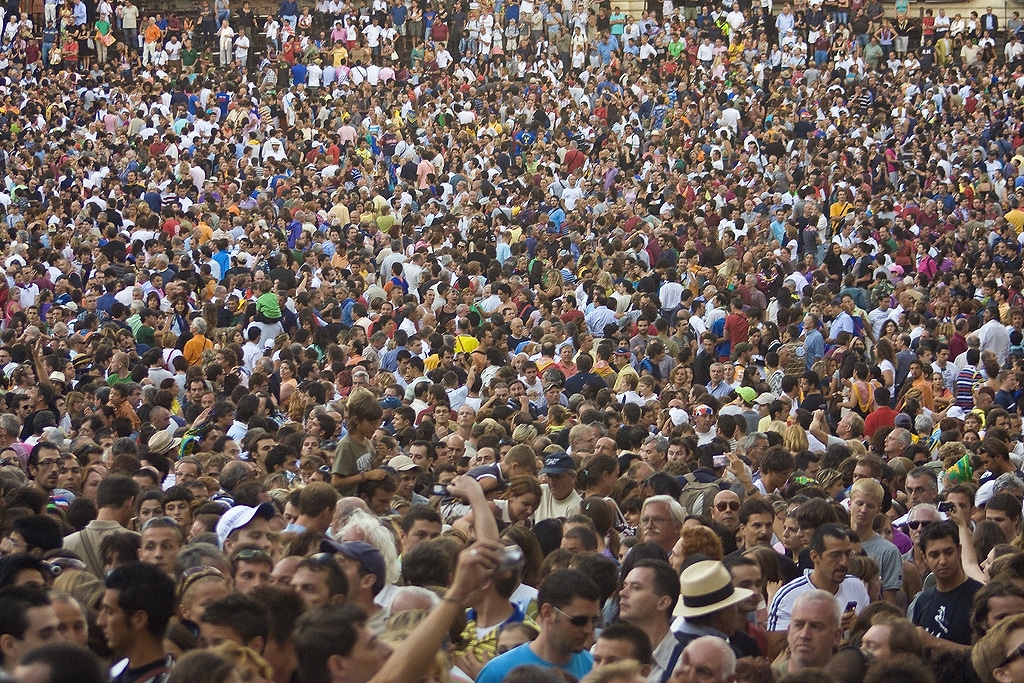 Ready for this week’s updates? Here is a curated weekly roundup of the breaking news and must-read thought leadership pieces on the crowd economy spotted by the Crowdsourcing Week team. If you think sharing economy is for millennials, think again; even seniors want a piece of its cake; this new product that turns your bicycle into a smart bike would probably become a hit here in China due to the rampant bike theft, and while headlines cover the looming stock market, crowdfunding could be that “greener pasture” and more news and op-eds on open innovation below.

While we associate the boom of sharing economy and adoption of emerging technologies and online platforms with millennials, according to TIME, seniors, aged 50-60 and above are also participating in it. “Folk, a former radio announcer and small business owner who lives near Pittsburgh, earns approximately $10,000 per year in supplemental income to his Social Security benefits on the site writing short stories and narrating scripts. He also sells – no surprise here – an ebook explaining how to succeed on Fiverr,” TIME writes. In addition, “10% of Airbnb hosts are over 60 and nearly 25% of Uber drivers are over 50.”

If the government can’t save us, who will?

The answer is us: the crowd. Here’s a thought-provoking piece about civic technology and what the crowd can do if they are involved and are empowered to create a better world; technology can facilitate, but it can also be used as a tool for good or bad purposes, the author points out. “Think of it as a global DevOps challenge — software and process that is built to facilitate human dignity. We need new turnaround strategies and ideas. Most of all, we need the skilled individuals who can execute on them as opportunities arise. Let’s dominate this space. The reward will be bigger than any IPO you can imagine.”

SmartHalo turns your bike into a “smart bicycle”

Here is another great project that is being crowdfunded on Kickstarter dubbed as SmartHalo. This device transforms any bicycle into a smartphone-powered smart vehicle. (My friends in China would definitely love this – bike theft is rampant here.). As posted on the official Kickstarter page, “What SmartHalo does is provide a dead simple green lighting prompt, connected via Bluetooth to the app on your smartphone, allowing you to keep the handset in your pocket as you follow the color-coded navigation guides on the device. Simply input your destination into the device’s associated app, and SmartHalo will take over from there.” It’s a useful gadget perfect for bike-friendly cities and as of this writing, has reached almost $120,000 USD ($156,740 CAD) with 986 supporters. The retail price will be $149 and available at a discounted price of $99 for early birds or backers.

Open innovation and the future of work

To be open and collaborative rather than isolated and competitive, is what the 21st-century businesses and successful enterprises embracing. It is the future of work; Jacob Morgan shares his insights on the five innovation models that organizations can implement. “However all of these are part of one innovation ecosystem that organizations must create if they want to be able to stay relevant and compete in this rapidly changing world we are seeing. The best ideas and the smartest people can be anywhere which means opening up the doors to innovation from anyone,” Morgan writes. Companies can explore the: 1. Employee innovation 2. Customer innovation 3. Partner/supplier innovation 4. Competitor innovation 5. Public innovation.

Now is the era of open innovation

Here’s an op-ed about open innovation; why it is now upon us and is about to change our future – and how businesses, from start-ups to tech moguls will operate and respond. “How can companies of this new era keep their competitors at bay, especially when they’re more numerous than before?  ,” the author asks. “The answer, it seems, is to be found in two concepts: the crowd, as the capacity to constantly exchange with multiple communities appears to be the only way to preempt the next step before the competition; and Big Data, which enables real access to all of the future iterations of the crowd.”

How the global stock market will affect crowdfunding

There’s no doubt about it. It will affect crowdfunding industry that’s for sure. But hold your breath. Because some investors think it’s better to stake in crowdfunding in the three-year bear market. “Some investors may see a prolonged downturn as an opportunity to double down on their investment in startups, Catherine Clifford writes via The Entrepreneur. “In a three-year bear market, an accredited investor may determine that investing in startups has the potential to pay off more quickly than investing in stocks. As Ghose explains, investors may determine that investing $1 million across 10 startups might make more sense than investing $1 million in stocks during a bear market.” Incumbent financial systems may be experiencing turmoil, but the crowd’s capital can be an option for startups and entrepreneurs to source funding and open investment opportunities.

From the SmartHalo gadget, you may want to check out these 10 great crowdfunding projects that locals have initiated – from monastery renovations to smartphone earphones to umbrella – most of them were funded successfully from Kickstarter. On the other hand, The Ting Wai Monastery was renovated with the help of the crowd through FringeBacker.com. “Launched on June 30, the campaign has raised more than HK$1.2 million from over 670 backers – more than double the HK$500,000 initial goal – with a month still before the drive ends. With these funds, Ting Wai administrators will be able to hire engineers and surveyors to properly assess the site and draft a renovation plan,” The South Morning Post writes.

And lastly, if you shouldn’t miss the news this weekend. Watch how the power of the crowd can change the Malaysian government. “Bersih” is a clean-up movement by the Malaysian citizens against the Prime Minister to be held over the weekend. Malaysians abroad, in over 20 countries like in Australia, Brazil, China, France, Germany, Hong Kong, Ireland, Indonesia, Japan, Jordan, New Zealand, Philippines, Singapore, Scotland, South Korea, Sweden, Switzerland, Taiwan, Thailand, England, and of course in the USA will participate. “According to Global Bersih president Colin Rajah and secretary Bala Chelliah, Malaysians abroad are also expected to hold gatherings in 53 cities in 22 countries to coincide with the Bersih 4 rally here. “As they are solidarity rallies, cities are having events lasting 2-3 hours either on Aug 29 or 30th,” the duo said in an email reply to Malay Mail Online earlier this week, with such rallies to occur throughout the Bersih 4 rally due to the different timezones,” The Malay Mail Online reports.