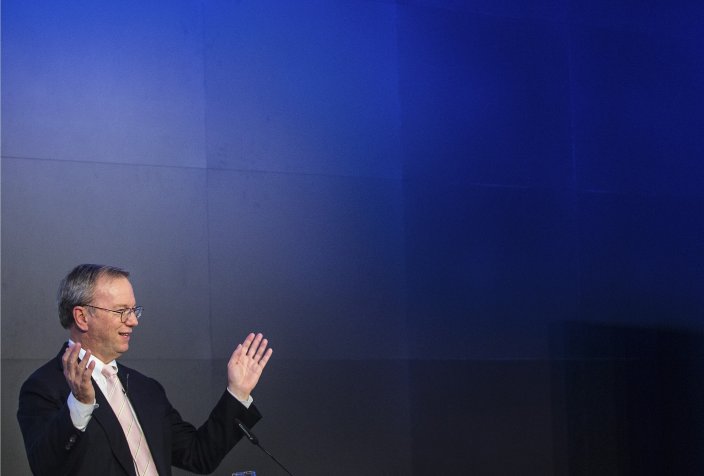 How crowdsourcing will build the next $100 billion company

Speaking at the Startup Grind Europe event in London Wednesday, Schmidt predicted the biggest market opportunity over the next five years will be for corporations who “use the crowd to learn something.” Looking ahead to the next five years, Schmidt said that the breakthrough model will come by combining powerful machine-learning computing with platforms like Google’s Android, together with crowd-sourced knowledge. “So that model, which is you crowd source information in, you learn it, and then you sell it, is in my view a highly-likely candidate for the next $100 billion corporations,” Schmidt said.

How Jo Cox supporters raised £1.4 M in one week

More than 40,000 supporters of Helen Joanne “Jo” Cox, a UK Member of Parliament until she was recently killed, have raised £1.4 million for various organizations in her honor through a crowdfunding campaign on GoFundMe. More details here

Funds from the campaign will reportedly go to the following organizations: The Royal Voluntary Service: Supports volunteers that are helping combat loneliness in Jo’s constituency, Batley and Spen in West Yorkshire; HOPE not hate: Seeks to challenge and defeat the politics of hate and extremism within local communities across Britain; The White Helmets: A volunteer search and rescue workers in Syria. Unarmed and neutral, these heroes have saved more than 51,000 lives from under the rubble and bring hope to the region.

Laurie Grimes, who has been receiving dialysis treatment for eight years for loss of kidney function, will now have a kidney replacement surgery thanks to a fundraising campaign

To help Grimes, Pinnacle Health directed her to set up a fundraising campaign with the nonprofit HelpHOPElive. Her team at Pinnacle required her to raise a minimum of $6,000 to cover any out-of-pocket expenses so she didn’t have to worry about funds after her surgery. HelpHOPElive doesn’t just act as a place for money to funnel in. The 30-year-old nonprofit handles all funds received and pays individuals’ bills directly, according to its website. Over $116 million has been raised for medical expenses since the nonprofit’s inception, its website states. As of now, her kidney transplant is scheduled in August.

Columnist Patrick Armitage discusses the pros and cons of crowdsourcing and explains how the sharing economy can give agencies more time to focus on ideas and strategy.

The sharing, crowdsourcing, whatever-you-want-to-call-it economy can get agencies back to doing what they do best: ideas and strategy. Crowdsourcing platforms have started to put structure around a motivated, talented workforce available and capable of helping agencies. Major brands have already figured this out. It’s the agencies playing catch-up that still have some learning to do. Brands that already used crowdsourcing in a significant way from 2004 to 2014 increased their usage by over 30 percent in 2015 alone. Crowdsourcing and the gig economy continue to grow. And brands, as well as many progressive agencies, are coming around to the idea of crowdsourcing. But it comes down to delegation. There are crowdsourcing solutions for almost any agency need. When agency owners or account directors stop to consider the benefits of crowdsourcing, it’s up to them to make it a part of their process. For agencies, it’s not about being strategic just for their clients — it also means being strategic for themselves.

Matthew Tagliavia, discusses some of the goals of Fund an Idea, successes of the crowdfunding industry, and how inventors can leverage on such platforms to raise funds for their ideas.

Crowdfunding encourages innovation. With the power of crowdfunding, great ideas that would otherwise go unnoticed because of lack of funding or publicity can get noticed and get made into real products. The combination of raising money, building brand awareness, and encouraging conversation among contributors encourages inventors to take a big-picture approach to product development. From 2013 to 2015, crowdfunding has gone from a $6.1 billion dollar to a $34.4 billion dollar industry worldwide, and it’s not slowing down anytime soon. Many experts agree crowdfunding will continue to grow and evolve for the foreseeable future. Equity crowdfunding, made possible by Title III of the JOBS Act, which came into effect in May 2016. Equity crowdfunding makes it possible for private companies to offer securities to a group of people for investment through the internet.

Alon Goren, Josef Holm and Darren Marble, have joined together to create the Crowd Invest Summit scheduled to take place in Los Angeles this December

“As the first event of its kind in the United States, the Crowd Invest Summit connects retail investors and top crowdfunded investment opportunities,” said Holm. “Given the recent shifts in the equity crowdfunding industry, we created this event to be inclusive of all types of investors. Our first summit will take place in Silicon Beach and we’re already exploring a series of domestic and international events to follow.”