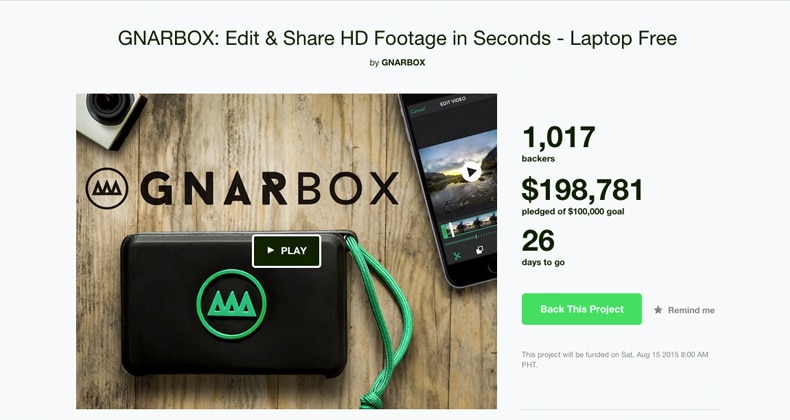 Curious on what’s happening and what’s hot in the crowdsourcing industry? Here is a curated weekly roundup of the breaking news and must-read thought leadership pieces on the crowd economy this week such as crowdfunding, open innovation, sharing economy, future technology to name a few.

The crowd is getting much bigger in equity crowdfunding

Can crowdfunding ‘democratize’ IPOs and hedge funds? Darren Westlake, Co-founder and CEO of CrowdCube, believes so. And the future of crowdfunding itself in UK and across the globe is “more democratization,” he said, Wired Co.UK writes. In addition, “Westlake also claimed developments in crowdfunding will allow people to invest more easily in private equity funds and hedge funds. “The crowd is now much bigger,” Westlake said.

Open innovation isn’t limited to enterprises. Anyone who has bright ideas in water reduction and reuse can join this water challenge, “Reduced Use and Reuse of Water in Onshore Operations,” by GE and Statoil’s Sustainability Collaboration, Idea Connection writes. “The challenge is looking for innovative solutions for reducing fresh water usage and treating and reusing water in the development of onshore unconventional oil and gas reservoirs.”

Is Bitcoin the future of payments?

Bitcoin is out, says the Cryptocurrency geeks and experts out there. But the Bitcoin technology—Blockchain—can be a game changer in the future and a handful of banks are reportedly experimenting on it. A state-sponsored report by Deloitte, published by Coin Desk, provides insights on “Adapting the Best of Bitcoin’s Innovation to the Payments Ecosystem.” “Cryptocurrency transaction fees also have the potential to be dramatically lower than current credit card fees or check processing costs. By creating a distributed, but trusted, group of processors the goals of openness, competition and security could be balanced.”

Crowdfunding has been legalized in South Korea, Crowdfund Insider reports. “The Korean National Assembly has passed a set of laws to boost economic growth and incorporated in the new legislation was an act that legalizes crowdfunding.” Prior to its legalization, entrepreneurs and startups sought funds via bootstrapping to VC community or source funds outside of the country. The Asian region is catching with US and EU crowdfunding market.

The end of capitalism starts when?

In his thought-piece, “The end of capitalism has begun,” Paul Mason shares his insights why we are now entering this “postcapitalist era.” “Without us noticing, we are entering the postcapitalist era. At the heart of further change to come is information technology, new ways of working and the sharing economy. The old ways will take a long while to disappear, but it’s time to be utopian.” Great though lengthy read, perfect for this weekend.

Meet the Airbnb of solar energy

Sharing economy meets renewable energy. FastCoExist writes, “With This Airbnb For Energy, Now You Can Buy Solar Power From Your Neighbor. How cool is that? Sharing economy isn’t limited to homes, cars, and a myriad of things, now it goes to the next level where it could have a big impact on energy consumption. “Yeloha is installing its own panels at homes, small businesses, and other places, starting with 100 buildings in Massachusetts. Consumers (called “solar partners”) can say how much of that capacity they want to buy and for how long.” How does Yeloha work? It matches the people who have solar energy and those who don’t have through its website.

Backup your content and media with GNARBOX wirelessly, “The world’s first mobile solution for viewing, backing-up, editing, and sharing your HD footage from any GoPro HERO® or DSLR camera,” that you can check out on Kickstarter. The folks had already hit their $100,000-goal within 2 days, so in case you want to order yours, better check out the remaining rewards to get the product. GNARBOX allows you to backup, organize, edit, and share your media even without your laptop or external drive. It’s a must-have for travelers, photographers, and anyone who’s always on the go.