This month, Airbnb and restaurant meal delivery service Door Dash floated on the US public stock market with resounding success, making immediate and spectacular gains. Then they fall back, and some commentators became alarmist, as if something was going wrong.

Here at Crowdsourcing Week we are not stock market traders or analysts, though it appears to us that early spikes were caused – at least to some extent – by financial institutions keen to ensure they had an appropriate share of both stocks in their portfolios. It was then natural for share prices to ease back after they had done their top-up buying, despite some media speculation that the swift rise and then some decline meant something was amiss.

A lesson from history

I remember this pattern was followed each time the 1980’s UK Government privatised and sold shares in utility companies and other elements of the British infrastructure (e.g. telecoms, steel production, railway). It’s supply and demand. The Government held back the supply of shares to the institutions, which chased the price up by immediately buying all they could, and with plenty of investors sitting quickly on a paper profit the whole affair was crowned a startling success.

The sharing economy giants Airbnb and Door Dash have created marketplace platforms that bring providers together directly with consumer end-users. With Airbnb the providers are property owners offering short-term accommodation, and Door Dash provides an order and delivery service for restaurants. The first has no hotels of its own, the second has no chain of its own restaurants: they disrupted the traditional business models of their industry sectors.

Here’s a look at their stock market valuations (as at December 17) compared to some established players in their sectors.

* Yum! operates brands including KFC, Pizza Hut and Taco Bell worldwide, except in China, where the brands are operated by Yum China

Sceptics, perhaps more used to investing in ‘traditional’ businesses that own tangible assets, are looking at these valuations alongside their negative balance sheets and crying “Emperor’s clothes.” These are some reader comments on an article in The Times, a “business-minded” national UK newspaper, about the Airbnb flotation.

“This is dot.com boom and bust all over again.”

“Unlike Tesla, there are no assets in Airbnb, nothing proprietary and sustainable
that remotely justifies its valuation.”

“Airbnb can’t be worth 4x Expedia which owns vrbo and has a much better end to end offering.”

Though there are also some positive sentiments.

“The new-norm leisure market will return in two years’ time and Airbnb will grow rapidly
as a safer option than getting in a crowded hotel lift.”

“It’s clear millennials are main Airbnb customers, so in the next few years we will see a transition from the standard hotel accommodation to the sharing economy environment.”

Perhaps this is the main clue: millennials – digital natives, who grew up using smartphones for the past 10 years, keen and happy to live their lives doing things differently to previous generations in a more sharing economy.

Is it only being online that’s different to the past?

In the 15th century, the city of Kraków was the capital of Poland, and one of the largest cities in Europe. In and around its Cloth Hall (Sukiennice), located in what is the continent’s largest surviving mediaeval square, travelling merchants met to discuss business and do deals. The market hall was the source of a variety of exotic imports brought along the Silk Road from Asia – spices, silk, leather and wax – while Kraków itself exported textiles, lead, and predcious salt from the nearby mine. The value of the Cloth Hall was as a marketplace, taking fees from merchants, not the asset value of the land it sits on and the bricks and tiles that had been used to build it.

Six hundred years later, marketplaces retain a value far higher than that of their own assets. Vital marketplaces are increasingly online, and growing in number and popularity with both consumers and providers who appreciate the convenience they deliver through a direct interface, and trust the technology and integrity of the platforms. It’s not what they own that represents each platform’s value, it’s what they make happen to satisfy crowds of buyers and sellers.

Future success, though, should not be taken for granted. Sharing economy platforms need to maintain trust among users, and continue to develop their systems. Airbnb disrupted the hotel industry business model. Door Dash already competes against rivals including Just Eat and Deliveroo. They will both have to stay ahead of a second generation of disruptors.

Letting customers become shareholders is often cited as a key benefit of equity crowdfunding. Maybe it might have helped their relationships with their important users if access to some IPO shares had been made available to them?

Even if your own company is itself a disruptor, how will it cope with new disruptors who believe they can do better? 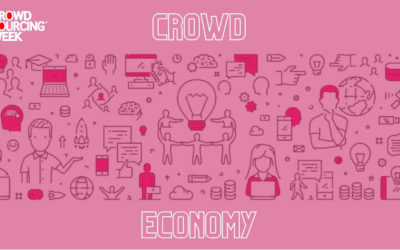 A Sharing Economy Major Player Plans a Return to its Roots