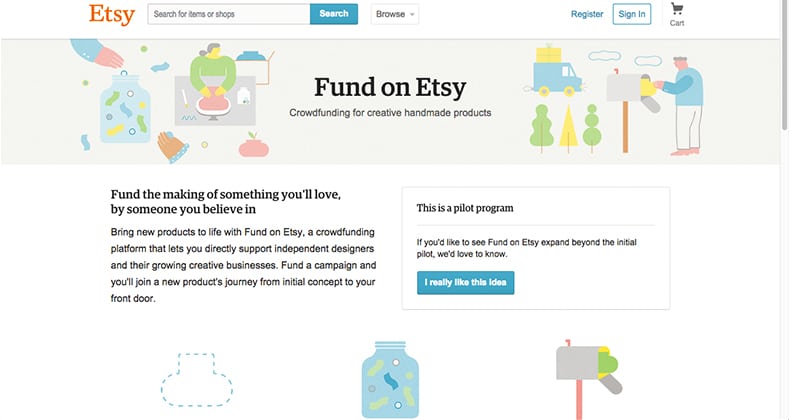 In the CSW Global 2015 conference, one of the so many “quotable” and “tweetable” insights that were strikingly true today: “Crowdsourcing… this is not just in Silicon Valley… it’s a global movement,” Sean Moffitt said. And as you read this curated weekly roundup of the breaking news and must-read thought leadership pieces on the crowd economy this week, we see the impact of this new economy worldwide and in various industries.

Nintendo lets the players create their own Super Mario levels

Great news for Wii players—Nintendo will allow them to create their own Super Mario levels starting on September 11, 2015. TechCrunch said, “the “game” allows people to create their own levels in either Super Mario Bros 8-bit graphics or more modern 3D style (albeit with the same mechanics underneath), and then play them instantly.” Crowdsourcing infused in games allows the crowd gamers to take control and create their dream levels. How cool is that?

Etsy, an online marketplace for creatives and artists into novelty, craft supplies, and a myriad of custom items, ventures on new revenue stream with crowdfunding. Fund on Etsy, a reward-based crowdfunding platform is a two-month pilot program for sellers to create campaigns and rally their new projects until they reach their target.

An Israeli app quality assurance called Applause releases the results of their comprehensive analysis of the 48 most popular sharing economy apps (in US market). “Based on app store review counts, the brands that qualified included famous companies such as Uber, Airbnb, and TaskRabbit, among others,” Geek Time reports. “Sharing economy’s revenues are expected to increase more than 20 times in the next 10 years – the study’s results were not exactly glowing,” according to Geek Time. What do you think of this report?

Collaboration and co-designing for cross-cultural audience

Two heads are better than one. Just imagine what a crowd can achieve if they work together for a common goal? In this thought-piece via DIY Toolkit, Quicksand shares three key steps in creating designs for a cross-cultural audience such as creating a shared vocabulary with users, testing from the get-go, and building through partnerships.

Uber-like platforms are sprouting like daisies. Though they’re all the same in the context of “sharing economy” these platforms are rather localized and targeted like Antwerp’s startup car-sharing platform, Tapazz that has a sustainable business model. “The challenge was not only to develop a user-friendly online platform where interested parties can find each other easily, but especially prepared to find an insurer to be in the market to put a new kind of insurance policy that covers all Tapazz members without bonus / penalty facility in the event of an accident.” (Translated from Dutch) Knack.Be reports. The company also bagged the International Sustainable Travel Award in London.

Blockchain technology can save $20 billion per year

Bitcoin is out, but the technology remains. Banks are eyeing on the potential of Blockchain technology in the finance industry and according to a new report, can help banks save $20 billion per year. “Block chain technology can help securities traders cut costs, by not relying on centralize clearing houses to confirm trades,” CryptoCoinsNews writes. “But this is not all the technology can offer, according to the report. It can also boost investor confidence in the securities they are buying.”

Last but not the least, we are happy to announce that CSW has officially launched the press release of the second European conference on October 19-23 held in Brussels. BNP Paribas Fortis has rolled out the news in the official newsroom page to support the CSW Europe 2015.