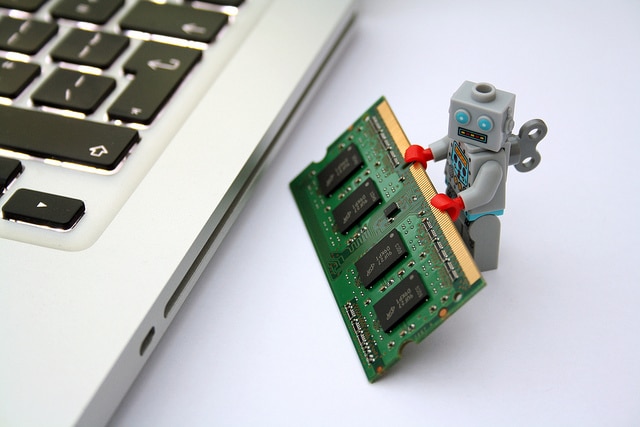 We found some interesting stories and updates giving us a hint on how crowdsourcing will impact organizations and sectors this year and beyond. For your good reads, here is our curated weekly roundup of the breaking news and must-read thought leadership pieces on the crowd economy spotted by the Crowdsourcing Week team.

The power of technology

How do you see yourself ten years from now? Have you ever thought how the future of your work will look like? The disruption caused by technology is affecting organizations across sectors. We cannot get away with technology, but we can hear what Tim O’Reilly has to say in his event called Economy: What’s the Future of Work?

Over the past few decades, the digital revolution has transformed the world of media, upending centuries-old companies and business models. Now, it is restructuring every business, every job, and every sector of society. No company, no job is immune to disruption. I believe that the biggest changes are still ahead, and that every industry and every organization will have to transform itself in the next few years, in multiple ways, or fade away. We need to ask ourselves whether the fundamental social safety nets of the developed world will survive the transition, and more importantly, what we will replace them with.

One of the breaking news this week is the largest investment deal between a traditional automotive company and a startup – GM invests $500 million in Lyft to develop a network of self-driving cars. If you can order your car in a tap now, then an on-demand self-driving car perhaps will become a reality soon. What do you think of the team-up? Here’s an excerpt from The New York Times.

The founders of Lyft, the ride-hailing service, have long imagined that the future of transportation would involve fewer cars on the road. Now General Motors is helping the start-up reach that goal. Lyft announced on Monday that G.M. had invested $500 million in the company, or half of its latest $1 billion venture financing round. The funding, which recently closed, values Lyft at $4.5 billion, not including the new capital. G.M.’s support includes more than financial backing. As part of the investment, G.M. and Lyft will work on developing an on-demand network of self-driving cars, an area of research that companies like Google, Tesla and Uber have all devoted enormous resources to in recent years.

Apple buys Emotient (Ai emotion-detecting start up), a company known for its usage of crowdsourcing to train its machines in analysing emotions from facial expressions. So, Apple is dipping its toes to crowdsourcing and artificial intelligence as well. Here’s a report via CNBC.

Apple has acquired a start-up that uses artificial intelligence software to analyse emotions from facial expressions, the latest in a string of acquisitions that may point to a push into virtual or “augmented” reality or enhance its automotive research. San Diego-based Emotient was founded in 2012 and has already been awarded patents covering how it uses crowdsourcing to “train” its machine-learning technology for sentiment analysis and — crucially for the privacy-conscious Apple — a way to understand facial expressions without storing recognisable images of individuals’ faces. Blog posts on Emotient’s website, which have been removed following Apple’s acquisition, described how it “harvests faces” to create “emotion-aware machines”. A team of people, via crowdsourcing, was used to train its machine-learning system by collecting and labelling the emotions in 100,000 images a day, “quickly converting human intelligence into artificial intelligence”, Emotient said in a press release last May.

Want to build a smartphone with all your preferences? ZTE is crowdsourcing its new phone and is asking you to help the company make it writes The Verge.

ZTE makes a long lineup of smartphones, but now the company wants your help building the next one. Alongside the announcement of two new budget phones today, ZTE has shared that it plans to launch a new community, where members will be able to offer feedback and vote on what goes into its next handset. Will it be a flagship? A strong midrange contender? It seems like that choice will be up to you. ZTE says it aims to have a good idea of what the final product will look like by this time next year. So CES 2017 could be home to a pretty significant mobile announcement — unlike this year.

A human computation crowdsourcing network as a global warming solution

According to the researchers at Human Computation Institution and Cornell University, a human computation crowdsourcing network may be the answer to global warming and war according to The Libertarian Republic.

A super-intelligent hybrid human-computer — i.e. artificial intelligence — might be the ticket to solving “wicked” problems like global warming and war, researchers at the Human Computation Institution (HCI) and at Cornell University suggest. If only scientists could find a way to combine the creative abilities of humans with the immense data analyzing capabilities of computers, then we could really get down to solving complex problems, HCI researchers claim. The solution, according to HCI Director Dr. Pietro Michelucci, is to create a human computation crowd-sourcing social network — like Facebook but geared exclusively toward solving big-world problems. Michelucci argued in a pressstatement earlier this week that the idea is akin to that of reCAPTCHA, a human computation spam-blocking security system combining the strengths of computers and humans.

How’s the “gig economy” in America?

Gig economy is big and also shapes how Americans work. 44% of all US adults are taking advantage of it. Here’s an excerpt via The Christian Science Monitor.

A new survey just released shows how big and ubiquitous the gig economy has become. The survey found that more than 90 million Americans, 44 percent of all US adults, have either offered their services through online brokers or been a customer of someone who has. That’s more people than are registered as either Democrats or Republicans, say the poll’s sponsors, Time Inc.; Burson-Marsteller, a public relations firm; and the Aspen Institute Future of Work Initiative.

Gig economy shapes how Americans work. 44% of all US adults are taking advantage of it.