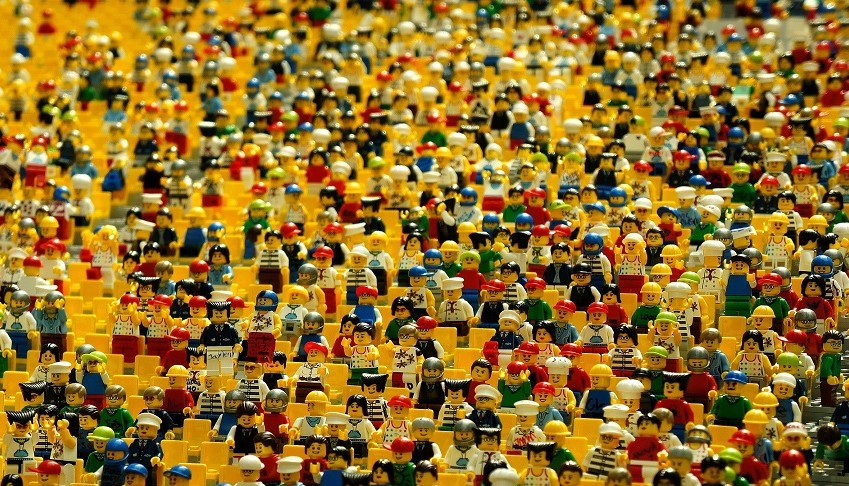 Check out our curated Weekly Roundup of the breaking news and must-read – Crowdsourcing transforming the workplace; different crowdsourcing project for public service; crowdsourcing supporting machine learning and many more ..

How Crowdsourcing Is Transforming The Workplace

Read Kaytie’s point of view on how businesses are crowdsourcing nowadays. More details on this Forbes article

“Millennials value the opportunity to connect, collaborate, and create content for rewarding crowdsourcing opportunities like Doritos ‘Crash the Super Bowl Campaign’ and Apple ‘Shot on iPhone Campaign,’” stated Chelsea Krost, Millennial Lifestyle Expert at ChelseaKrost.com. “These interactive and experiential opportunities only enhance the chance of consumers creating User Generated Content on behalf of the campaign, all while building brand loyalty amongst consumers. “ I heard from Ashish Vachhani, CEO of Reflik, on how the company works. “Reflik crowdsources talent – we find top candidates in half the time and for half the cost, through our extensive network of recruiters and industry professionals. We cast a wide net, which increases the chances of employers finding their dream candidate. Our proprietary algorithm and dedicated account managers filter and rigorously screen the most qualified candidates. We pick the ten most qualified and ready-to-interview candidates in less than ten days.”

ASEAN, UNDP, Pulse Lab Jakarta and the Korea government got together to get outstanding ideas from its people. Here are four project ideas that stood out

Maps for the blind – There are already various maps to guide the lost, but Tune Map wants to specialise its services for the blind. Centred in Bandung, the idea aims to guide the blind on the safest route with audio directions, making use of GPS data. Safe cities for women – S-city is a youth-led initiative which paves the way for safer public areas for girls and women. It plans to collect data from 10,000 community members for feedback on the safety and quality of public spaces and services. It will rate the condition of public facilities and support provided for the elderly and disabled. Harassment incidences can also be reported, with attached photos and reviews, while users can rate public services on staff attitude and how long it took. Realtime crowd analytics – The Malaysian platform will track all active devices within a vicinity, potentially combining it with data on the age group and gender composition of any given crowd. This will be particularly useful in emergencies like earthquakes, flooding and fires. It also holds promise to identify crime hotspot areas where stolen devices are detected. Queues for Queues – This app idea aims to prevent unnecessary queues from real-time information. Citizens can alert others by providing necessary information, such as submitting snapshots of crowded areas in tourist hotspots, public transport areas and security checkpoints at airports.

Machine learning, by which computer algorithms automatically increase their performance through data provided to them, finds itself at the center of the newer research on artificial intelligence. With complex search and optimization algorithms which control the computers, automatic learning processes can be generated. With crowdsourcing, algorithms can be trained, by which the crowd supplies the machines with the required data, so that just like learning through experience they can achieve ever-better solutions. Often it also makes sense to get the initial results of AI systems evaluated by the crowd regarding human logic. Artificial intelligence systems may also untilized combined with crowdsourcing for humanitarian purposes. E.g. to quickly and reliably filter out relevant images, videos and text messages from a large quantity of data. The crowd workers help the learning mechanisms by identifying photos and messages (tweets, for example), tagging them with keywords, and feeding the algorithms with important data so that they learn the essential information and can apply it to additional cases.

This article shares details of how equity crowdfunding is transforming startup fundraising. Find out more what CEO of Crowdfunder, Chance Barnett, has to say

The Fix Crowdfunding Act was introduced in March, sponsored by Representative Patrick McHenry of North Carolina. The changes outlined offer a lifeline to the troubled Title III legislation. Title III was intended to allow non-accredited investors to invest in private businesses but created barriers, burdens, and costs too significant for many otherwise investable startups and small businesses to want to take on. The new equity crowdfunding bill addresses several significant problems with the previous JOBS Act Title III legislation. The equity crowdfunding bill is now in the hands of the Senate. Given the strong bipartisan support from the House of Representatives, it would be surprising to see it fail. The changes outlined in the Fix Crowdfunding Act have the ability to make equity crowdfunding with non-accredited investors a more viable fundraising outlet for early-stage ventures. This could finally be the game changer for investors and startups that the public has been interested in.

The Community Channel has become the UK’s first community-owned TV channel, after it reached its crowdfunding target earlier this week

The Community Channel needed to raise £300,000 by the end of July to stay on the airwaves. It announced its plans to become community owned on June 1st, offering members of the public, including film makers, charities, media partners as well as its 10m viewers, the opportunity to own a stake in the channel by investing in community shares through crowdfunding platform Crowdfunder. It announced on 19th July that it has beaten its target to raise £390,000. Around 300 organisations and individuals backed the campaign, with significant support coming from backers such as broadcaster Sky, the Big Lottery Fund and Barrow Cadbury Trust.

Crowdsourcing input on grantmaking is catching on among funders

Here is another sign that crowdsourcing input on grantmaking is catching on among funders. More information here

We should note that in this case, all four groups won something. Spin is receiving a $50,000 grant and the other three groups $10,000 each. There were over 300 submissions from nonprofits in the Philadelphia area that were narrowed down to these four. So clearly, this whole crowdsourcing thing is really getting the word out about grant opportunities for a foundation that’s just two years old. Not only is this Wawa’s grant grantmaking program interesting because of the crowdsourcing approach, but also because of its focus on nonprofit leaders as heroes. Although many of the men and women running our local nonprofits certainly are heroes in our minds, this isn’t language we often hear in the foundation world.