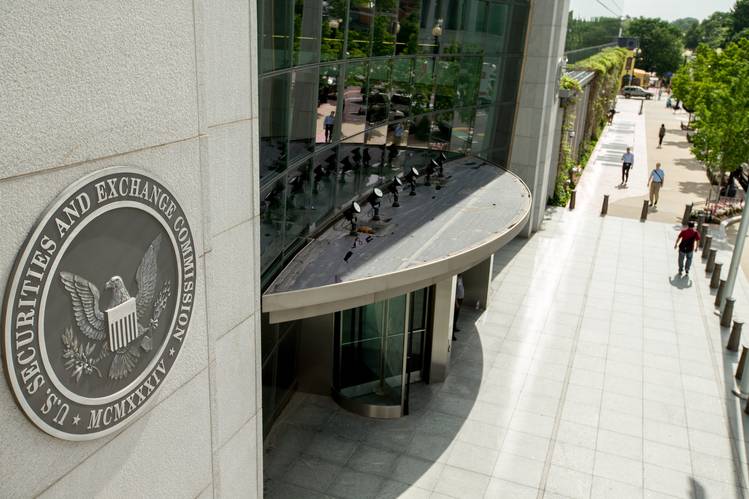 House leaders said they have scheduled votes Tuesday on two more bills that are part of the GOP’s broader initiative aimed at reducing burdens on startups, spurring innovation and creating more U.S. jobs. The two bills were introduced by Chief Deputy Whip Patrick McHenry (R., N.C.), whose first bill proposes a number of changes to equity crowdfunding provisions in a 2012 law that aimed to jump-start entrepreneurship. While provisions of the law went into effect less than two months ago, after a long delay by the Securities and Exchange Commission, Mr. McHenry wants to make a number of changes that would loosen equity crowdfunding rules.

Crowdfunding platform Crowdcube is raising £5 million from its members

The UK’s biggest equity crowdfunding site Crowdcube is planning to raise £5 million ($6.6 million) from its members on its own site

The UK has a long and proud history as a hotbed of entrepreneurialism and innovation. In just five short years we have firmly established our position as a global fintech pioneer and the UK’s dominant equity crowdfunding platform but we’re not stopping there. We’ve got ambitious plans for the future and we’re excited to be able to give the crowd the opportunity to join us on our next exciting phase of growth. The UK’s growing investment crowdfunding market, which was estimated to be worth £245 million in 2015, is vibrant post-Brexit, with investment up 18% on Crowdcube after last week’s disappointing out vote it is clear that investor demand to back great British businesses is unwavering”

Aladin Ali hopes to raise enough funds to complete her goal of building a school in Bangladesh. Think you can help her?

Aladin Ali set up the Gofundme page in a bid to raise the funds needed to build Hazrat shaha jalal Academy. The project started in 2012, when Scottish-Asian entrepreneur and holistic coach Ali visited her father’s old villiage in Merdi Mohol. When locals showed Ali the dilapidated state of the village’s only primary school, she knew it was not fit to be a centre of learning for any child. Excessive flooding, brought on by the tempestuous Bangladesh weather, had eroded the foundations and the unfinished roof was made of tin. With over 300 local children eager to learn, the village asked Ali for her help and she duly obliged. When she returned to Glasgow, Ali set up the Magical Childrens Foundation charity to raise money for the new school, and decided to write a book. Now, in a bid to raise the remainder of the funds needed, to build a roof, walls, floor and internal finish, Ali has set up a crowdfunding campaign and is appealing to the public for their help to complete the project.

DomaCom is looking to float as a near $100 million company on the Australian Securities Exchange.

Company founder, Arthur Naoumidis, who also set up the now listed portfolio technology provider Praemium, had previously flagged plans to raise $100m through a float last year but the timing of the IPO was pushed back. DomaCom instead sought to raise up to $20m from wealthy investors and bulked up as a company that will be unique on the bourse and could make Mr Naoumidis one of the biggest winners from the crowdfunding craze. The group runs 17 sub-funds of its DomaCom Fund, each of which has an underlying property or a deposit for an investment, and it has another nine bookbuilds in progress. DomaCom wants to raise $10m to list, with the minimum of $5m already underwritten by existing shareholders and new investors. Broker Shaw and Partners is handling the offer and oversubscriptions will be allowed up to $23.7m. Odyssey Capital is acting as corporate adviser and Pulse Markets is lead institutional manager

Melbourne-based company Nura has broken the Australian crowdfunding record on Kickstarter, with over USD$1.17 million now pledged for its futuristic headphones which adapt to users by using soundwaves to measure their hearing.

With 11 days still left in its Kickstarter campaign, Nura has already become the most successful Aussie project on the platform, with almost 20 per cent of its backers also being from Australia. The company originally set out to raise only USD$100,000 for the product, and did so in the first few days of its campaign. The technology in Nura headphones uses sound to measure a user’s hearing from the outer ear to the brain, allowing the device to adjust how many low, mid and high-range frequencies it should deliver. Nura headphones also feature a composite design which combines dual speakers with a noise cancelling over-ear body and in-ear earbuds. They are also available with analog, digital or wireless connectivity.

Yes, says a group of engineers from Tamil Nadu. Surya Narayan A, 24, and his friends, all in their early twenties, have won a little known nationwide competition conducted by Indian Railways to crowdsource ideas for waterless, odourless toilets in its trains. Research Design and Standards Organisation (RDSO), Lucknow, the R&D arm of the Railways, has decided to give Narayan’s winning concept a try in trains after necessary finetuning. The Railways and Narayan’s team will jointly file for intellectual property rights for the idea. “It involves usage of water being next to nil — just about a litre — and arresting particles that produce odour. That’s all I can divulge now that we are going to file for patent along with the Railways,” Narayan said. “Of all the concepts we received, this seemed the most practical and effective, the reason why it probably got the first prize. So we are now going to try it out,” said V K Agarwal, Executive Director, Research at RDSO.

Pilgrims get smart wristbands to prevent another haj disaster

After crowd panic at a religious festival caused 2,000 fatalities last year in Mecca, a smart technology solution aims to avert any repetition, reported the UK Times

Water-resistant and connected to GPS they [smart wristbands] tell worshippers the time of prayers and connect them to a multilingual helpdesk to guide them around the various rituals. The wristbands also contain personal and medical information, which will help to identify people, the Saudi Press Agency said.