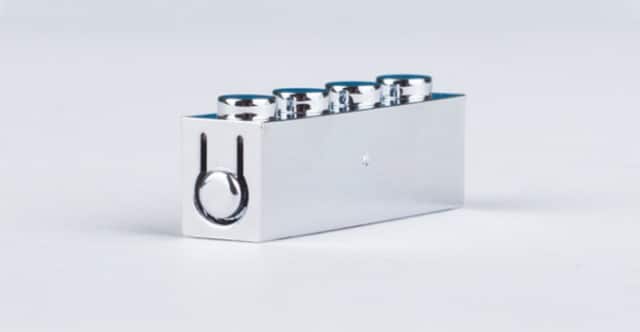 Crowdfunding mania all over

According to Jacqueline Woo’s article crowdfunding is expanding too fast! How can crowdfunding grow so quickly and what does this mean for investors? Find your answers here

It was a simple concept that first drew financial analyst James Yeo to crowdfunding – the chance to earn bumper returns when decent yields from other investments were pretty hard to come by. Mr Yeo, who has received repayments for nine of the 12-month loan tenure, tells The Sunday Times: “It’s good that in crowdfunding, I have control over my risk through my choice of loans. It’s as though I’m playing the role of a bank in choosing which companies I want to lend to.” Like him, many investors are moving into the crowdfunding space – and at breakneck pace. That more mainstream, big- name corporates want in on the crowdfunding scene – DBS Bank, for instance, recently signed cross-referral agreements with two P2P lending platforms to expand funding sources to small businesses – has been seen as an endorsement of the budding industry.

If you’ve been following me for long, you know I delight in finding data and patterns in places we don’t normally think to look. It’s kind of my “thing.” And through the course of everyday activities, humans passively collect data about the world around them. It seems to reason that common leisure activities — like photographing and sharing pictures of flowers — could potentially capture ecological phenomena — in this case, the visitation rates of pollinators to flowers of different species. So we developed a method to test our hypothesis. Using a technique we termed “passive crowdsourcing,” we searched Google Images for pictures of blooms of 43 common flowering plants that are native to Michigan and identified insects that were visible visiting the flowers in the photos. We then compared these observations to visitation rates observed in controlled experimental trials using these same plants. We found that we could predict how often a flower was visited by wild bees by the number of visits we observed in the internet images, although relationships were less clear for honey bees and bee mimicking flies. Patterns were strongest for flowers that bloom in late summer, when more bees tend to be around in our area.

PALO ALTO, Calif.–(BUSINESS WIRE)–Health Outcome, a consumer website focused on bridging the information gap for treatment outcomes, today launched the first crowdsourcing platform for patients to rate their treatment experiences and help others find evidence based cures. Surprisingly, there is no meaningful data on medical treatments or surgeries available to patients or physicians despite the 51 million surgeries conducted in the U.S. every year. The lack of patient outcome information leads to a high number of unnecessary treatments and harmful medical interventions (1), (2), (3). Health Outcome is the first to address this void of outcome treatment data with a platform built to capture the voice of the patient. For example, over 25,000 ratings for lower back pain treatments reveal that 84% of patients are still in pain years after surgery, showing that their surgeries were ineffective in treating back pain. In fact, patients have rated the outcome of back surgeries lower than most other treatments. Other data insights include that one back surgery leads to more and that more surgeries lead to a higher likelihood of being in pain. With Health Outcome, patients and doctors have easy access to objective and non-incentivized information about treatment outcomes.

ShareGood to launch an alternative social network for change

This is the goal that is being addressed by a startup project named ShareGood, currently seeking funding on crowdfunding platform Indiegogo. The team behind the project is aiming at developing the first social network that is focused on connecting organizations and individuals doing good initiatives around the world together. As one member of the ShareGood team explained: “There are many communities and individuals who are constantly doing charitable work, helping out, mending what is broken and uplifting or inspiring others to be better. The social platform is thus intended to bring all this in one place and make it visible. To allow people to see that after all there is a lot of goodness out there and that we can share it out loud to make a difference.”

The new licensing rule will have a significant impact on several lending-based crowdfunding platforms that already operate here. These allow retail investors to contribute towards raising loans for small and medium-sized enterprises or start-ups and receive interest payments in return. They include players such as Funding Societies, MoolahSense and Capital Match. Such firms will now have to apply for a capital markets services licence and, because they deal with retail investors, have to set aside a capital base of $500,000. The same would apply to a crowdfunding platform that wants to help companies sell equities to retail investors. An MAS spokesman said the regime ensures that only fit and proper persons are allowed to provide financial services. A licensee “would also be required to comply with business conduct rules that seek to protect the interests of investors, such as ensuring proper segregation of customers’ monies and proper record-keeping of… transactions”, he added.

How an Israeli quantum physicist raised 1,000 times his crowdfunding goal to make “Lego on steroids”

Read the story of Boaz Almog, who raised more than 1,000 times his initial crowdfunding goal from nearly 6,000 backers around the world

An Israeli quantum physicist has raised more than $US700,000 after creating what he thinks is the next big thing in building blocks. “It’s like Lego on steroids, if steroids also gave you superpowers and taught you new languages,” the Brixo campaign states. The aim of Brixo is to make engineers and tech creators out of anyone, co-founder and lead engineer Boaz Almog says. “The vision is very simple,” Almog tells StartupSmart.
“We want everybody who has ever played Lego and everyone that has building blocks in their house to have Brixo as well.” Almog, a quantum physicist by trade, began working on Brixo as an educative tool so anyone from children through to adults could start making things and bringing them to life through tech.