Why CSW Global 2019 is in San Francisco 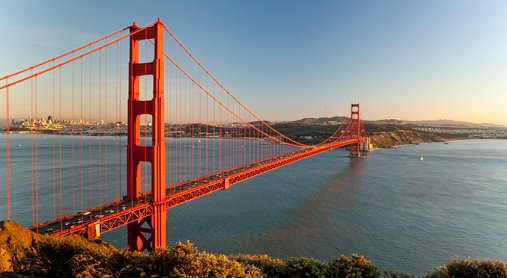 San Francisco has a history of cultural diversity that makes it a spawning ground for new trends and breakthroughs. The city boomed when the California Gold Rush in the mid 1800’s brought 300,000 people from around the world. Some of the gold-seekers made a significant amount of money, though quick-thinking merchants who got rich satisfying the prospectors’ demand for goods and services were more numerous: Levi Strauss started selling denim overalls there in 1853.

The Flower Power movement of the 1960’s and 70’s was centered on the Haight-Ashbury district in San Francisco, and sought an alternative to the competitive American Dream rat race based on a premise of scarcity. 50 years later, is the technology and mass-connectivity that empowers the blooming crowd-based business models finally achieving this? Because the greatest global concentration of innovation and accelerator hubs is around the San Francisco Bay area, near to the Silicon Valley, the home of so many modern-day investment prospectors seeking “the next big thing” in the Fourth Industrial Revolution.

The biggest breakthroughs so far in this technological revolution have been among vendors. Consumer retail behavior has been transformed by e-commerce giants such as eBay, Amazon and Alibaba who have sent shockwaves through traditional retailers and many established brands have disappeared from our main streets and shopping malls. And how much have hotel chains and traditional taxi firms suffered due to Airbnb, Lyft, Uber, and the rest of the disruptors in these sectors?

General Partner Andrew Chen of the Silicon Valley venture capital firm Andreessen Horowitz convincingly explained late in 2018 that similar shake-ups in service industries are likely to be next as part of the evolution of service marketplaces.

Whatever “the next big thing” is, If you’re looking for it from an investment angle the bad news is that if you wait for company IPOs you’re likely to have missed much of the early rapid gain in their value. You’ll probably need a strategy to invest through crowdfunding in an array of private companies and hope one becomes a unicorn. Even some VCs are beginning to back startups at the early crowdfunding stage.

A growing number of futurists have ambitious predictions about how VR and AR will have more influence in our lives. The technology was seized on when nearly 10,000 early backers pledged over $2.4M to help bring the Oculus Rift project to life on Kickstarter in 2012, and then just two years later Facebook bought it for $2 billion! San Francisco is home to a major concentration of enterprises in this sector, and a quick reference to Eventbrite shows how many related events take place in the city and the wider Bay Area.

This is a technology that can be applied to many business sectors, including professional services, not-for-profits, government services and research – all our key focus topics at CSW Global 2019. The rest of FANGs (Facebook, Apple, Netflix and Google) have also been busy.

All these strands and themes, and more, will be covered at CSW Global 2019 by some of the world’s most respected thought-leaders and greatest exponents among the crowd-economy-related community. Registration is open now for you to reserve your space for September 12-13 in San Francisco.

In the months leading up to the conference we’ll explore these topics further through articles from guest contributors who could qualify to attend the event, and could even be involved in presenting part of it. Does being involved on-stage sound like something you’d like to explore? If you want to be considered please apply here.